I first came across Mark Jackson's work at Block 336 in Brixton, south London, back in 2017. His solo exhibition, 'Face is the Closest', found me at a particularly difficult time in my personal life, and I certainly wasn't expecting to receive any respite from the art I was going to see. However the combination of abstracted faces and soothing, incredibly pleasing palettes seemed to transport me to a different place. The recognisable outlines of portraiture were there, but a rejection of realism in the paintings helped me think about how I might escape from my situation. It wasn't until a few months later that I was able to do so, but this subtle, and still beautiful, way of defying reality has stuck with me since.

Five years later, I contacted Mark about an interview and was delighted to be invited to visit his studio in south London. We discussed the mark-making and textures in his practice, and the different directions he has taken since the 2017 exhibition. 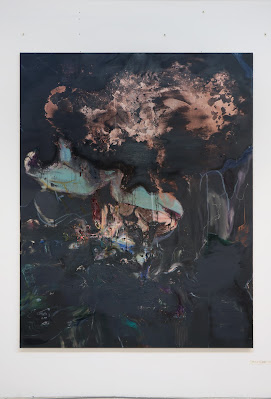 Mark Jackson, suit of leaves, fire separation, untitled (cinder), 2022. Oil on canvas, 185cm x 145cm. Image courtesy of the artist.
Your paintings are so powerful to me. Even though the paintings I'm seeing now [in your studio] are much bigger and generally darker than the ones I saw back in 2017,  they're certainly distinctively authored by you. But I can see that you've been working in different mediums, can you talk a bit about that?
I work across different media, but it all feeds into the paintings really. I do a lot of works on paper: etchings, drawings, digital prints… They tend not to be preparatory; they either end up as things in themselves, or things I can cut up and paste into paintings. As the work develops the studio is becoming like a repository in the painting and collage process. I’ve also been working with monoprints: oil on copper, then I run it through the press. The great thing about monoprints is that when you're making them, you can't really see what you're doing, which is exciting because they will look different to how you imagine them. Around one in ten will be successful.
That's a fascinating thought to me, the idea that something can be distinctly wrong, or unsuccessful for you. Do you have firm boundaries with establishing if, or how, your work is 'wrong'?
That's a good question... I think, in a way, they do have to "look right", although something can, you know, look wonky, but still look right for me. This painting I've had on the go for two years. Wow, it's so beautiful. It's been sideways, it's been upside down, and it became something completely different again.
When I started doing big paintings, about three years ago, I wanted to find a process where I could interrupt the image half-way through. I was researching how to do marbling, just with oil and water, and I thought if you could have that over an image it would really disrupt it. I like the idea of working with and against the process, leaving a certain level to chance. 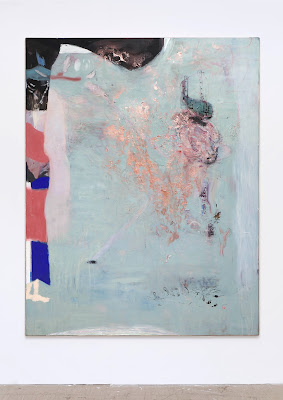 Mark Jackson, ceremony, 2022. Oil, spray, acrylic, purple tack and canvas tape frame on canvas, 185cm x 145cm. Image courtesy of the artist.
Your style, especially in the paintings, feels very gestural and almost organic. To what extent do you use subject matter when you're in the making stage? In this one [points at painting] I get the feeling that someone is in bed dreaming, and some ephemeral being is emanating from the bed...
That's great [laughs] that's perfect; that's not exactly what I see, but it's really close to the attitude that I want my works to encourage. It's not abstract, but it's definitely open to different ways of interpretation. I don't really use source material. Sometimes there are real-world things, like my cat. But a lot of the time things just come from my mind. 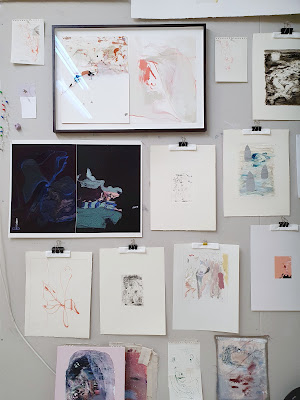 Mark Jackson studio wall, 2022.
Your paintings are so intricate and textured; how long does it tend to take for you to work on a piece until it feels 'right', to say it's finished?
I'm definitely not the sort of person who can make a painting in a day; in fact, I usually have around six on the go at once, and have them in rotation, to create that distance. I don't make pieces in 'series' either, they're very much lone standing and even these much smaller works, on post-it notes, they are their own thing, they're not backed up by anything else.
You've said that you don't work from source material, but what inspires you the most, at this moment in time, to create new work?

For some reason I’ve always backed the underdog; maybe there’s more suspense that way, things seem more dramatic. And painting is now, culturally speaking, the underdog in terms of what can capture the imagination. So the challenge of making something that can really grab someone is quite inspiring to me. I see very few new paintings that feel to me that they really need to exist. It’s hard! But some people can do it, and they inspire me to find a parallel place for myself: Rita Ackermann, Daniel Hesidence, Richard Aldrich… 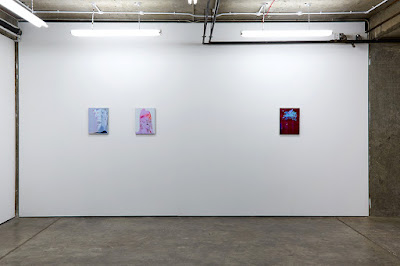 Who would be your dream collaborator, alive or dead, for a two-person show including your work?
Let’s go with Jean Fautrier. Every time I see one of his paintings they stop me in my tracks. I’ve never seen a large exhibition of his but I have an intuition that we’d have gotten along quite well. It’s funny, so many of the artists I love and have learnt from would be terrible as two-person show companions. But Fautrier would be perfect. 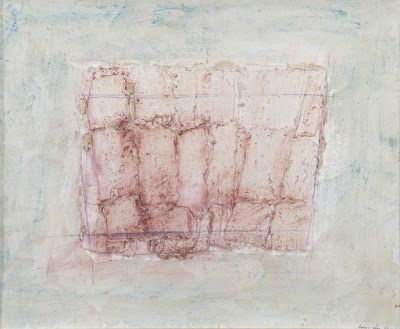