I have written a lot recently, and indeed over the past few years, about my nagging problem with the concept of the woman-only group exhibition. Is it an entirely First World Problem? Hear me out.

Before the days of emergency responses to issues, in the way we are experiencing in a global pandemic, there was definitely a slower pace of life in terms of how industries external to systems of care and social responsibility reacted to social issues. Now, of course hindsight is a wonderful thing, and if you had told anyone in 2017 how "slow" their lifestyle and responses were, they would most likely be quite angry. But seriously, bottomless brunch on a Sunday afternoon? That's luxuriously slow living.

What I am trying to reach in this example is the various responses to #MeToo in 2017 (which actually started on MySpace many years before this, but of course this is when it really took flight). With many women working in the art and creative industries, but few being historically recognised at institutional level, it was a moment of real potential for galleries, projects, curators and artists to come up with some biting retaliations, as well as support networks for those affected by the revelations. After all, #MeToo was catalysed in the arts. What came out of it, at least from the global blue chip galleries, was the all-woman group exhibition. Perhaps with a catchy title and celebrity attachments, the seriousness of what #MeToo was really discussing got lost in translation, although there is some mileage in women artists being better represented in their industry, but sadly this was a concept that not only fell flat quite quickly, but in many cases served to highlight the existing prejudices outside of sex and gender. It did not push some galleries out of their comfort zone; instead they resorted to exhibiting works by women artists already in their roster. 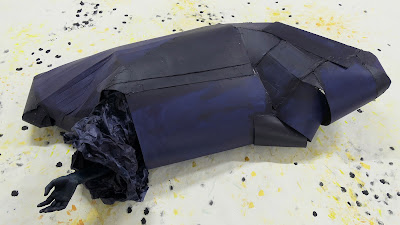 It is too easy to fall back into the comfort zone, we can all acknowledge this. However, the pressure for the art world (I vowed to never use the term 'art world' again but for now it is most convenient) to be visibly different and progressive certainly has space to be better enforced. A significant aspect of sexual harassment is how a survivor might look and present themselves performatively and aesthetically. Thinking about #MeToo, the archetypal expectations surrounding gender and 'femininity' are also essential anchor points; one need only look to critics of the movement (raging with denial, misogyny and violence) for confirmation. With such an onus on the visual, this seemed like a pivotal moment for the art world to listen to the activists and survivors, and take a step forward.

Instead, we are faced with the reality of institutional alliances with systems of power, despite this being a largely financial transaction. This, naturally, opens up another, but in no way disparate, conversation about the extent to which one can sell their soul; there are several schools of thought here and I don't think one size fits all; it will largely depend on whether the financial need is one of survival. Liv Wynter, who was Tate's Artist in Residence 2017/2018 resigned over the museum's institutional response to sexual harassment. As a queer, working class artist, this was a huge gesture, and one that will have inspired countless people to stand by their values and to refuse to put a price on their dignity. Similarly last year, when Tate were making vast numbers of redundancies in their front of house team, over three hundred artists signed an open letter in protest, and many informal and formal strikes and boycotts took place. We should not forget that arts institutions operate as businesses and act accordingly, but equally (and especially in the case of Tate) they are providing a service to the public, and although they would not be expected to voluntarily lose a large proportion of their income, they must be accountable to act in a way that does not condone violence and destruction in large communities. 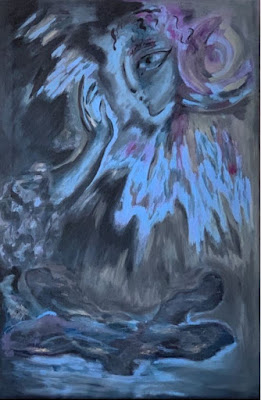 Now we are working in a different state of anxiety and awareness; we are seeing more engagement with different sociocultural issues, from climate catastrophe, public health and Black Lives Matter, none of which are mutually exclusive. (With the latter, although there have been limited gallery programmes since the murder of George Floyd in May 2020, due to the pandemic, the response again has been simply to exhibit A Black Artist. The instances I can think of have seen shows by excellent Black artists who should have had a bigger platform to begin with. Around this time there was a great deal of sharing of artists' work about violence against Black people, but Black artists should not have to relive this violence against themselves and their own communities just to be given the same opportunities as their white counterparts. There was a real increase in tokenism at the time of the Black Lives Matter protests, which of course created an initial buzz of visibility for selected artists Aside from this, the sudden inclusion of Black artists was a short-sighted, short-term step in the right direction but was ultimately tokenism at its finest, especially if they had posted a black square on Instagram on 2 June 2020). There is a lack of wider discussion about feminism, equality, social justice or the like in the standard-issue All-Woman group exhibition; realistically if, much like Instagram's black square, the all-woman exhibition is purely a trend rather than a political message of support, then perhaps we cannot expect any more action than this. 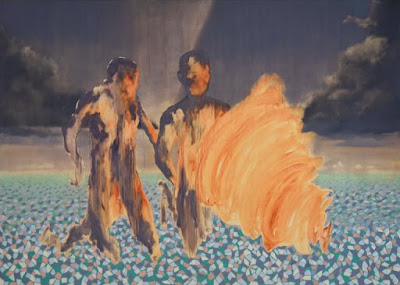 Any intersectional feminist will tell you that gender equality is not a lone standing issue, and as Sara Ahmed so perfectly put it in her text 'Feminism is Sensational', the more you uncover about the wider realities of "gender inequality", and their multiplicities, the more you see it, the more you notice it, and the further it seeps into every aspect of life. When we talk about gender issues in art and galleries, it merely highlights its pre-existing barriers: sure, you can exhibit all the women you like, but what different stories do the works tell? This is not a case of ticking boxes for your Equality and Diversity questionnaire, but having different artists with exciting, new perspectives to make the art industry a (culturally) richer place. I will soon be interviewing Marice Cumber, director of Accumulate, an art school for the homeless, to understand how this wonderful project has been working, and how they engage with people who, tuition loans or not, do not have traditional access to the exclusive art sphere. But my thinking is this: how much more culturally significant would a gallery programme be with narratives from women in sex work, neurodiverse women, those from the various diasporas around the world (which is surely easily done in the more culturally diverse cities), homeless women, gender non-conforming folks, trans women, working class women, the list goes on... 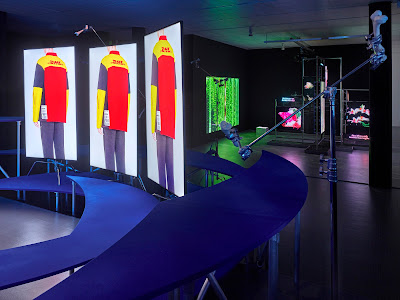 Part of a larger scale project. To be continued.