This probably doesn't need to be said but for the time being I am only discussing online content, so I was pleased to see that MMX Gallery, who specialise in photography and have a lovely cosy gallery space in New Cross, have launched an online show which nods to the current situation without further overwhelming us. A surreal and distanced reality has led us into a new world of paradoxes and has ruptured the broken society that many of us feel compelled to leave behind. The behaviours we observe now from individuals, groups and governments will give us food for thought for years to come. 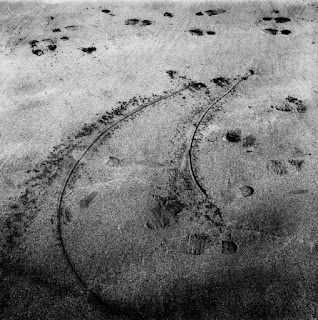 So it is with the promise of a "visual journey" that I was interested to look into MMX Gallery's new show, especially with its tantalising title. It would be hard to deny that we are in an incredibly poignant moment; those flouting the lockdown, other than for essential journeys and key work, are openly, and visibly, putting the lives of themselves and others at risk. This visibility is one that the art world will surely address in discourse and practice to come, but for now the priority is physical and mental health; productivity, rightly not so much.

Memories have become key to both thinking about the past and imagining a future where we can be together and social again. Michael Jackson's photograph 'Poppit Sands' is a wonderful take on trace and its greyscale palette makes us think of past experiences, a past memory we can't quite place, even though the work is named after a popular sandy beach in the west of Wales. An accompanying press release feels incredibly personal, of-the-moment, and poetic, acting as an introduction to the work, but it's nice to revisit at as you look through the various images. "Looking through the images" isn't exactly an eloquent way to refer to artworks in an exhibition, but realistically that's the process of going through an online show. Emotive words in the press release feel very fitting alongside the likes of Dan Wood's 2007 'The Figure on the Cliff', which neatly evokes the solitude of the current situation, despite the fact that we are very much "in it together". You can almost feel the harsh winds hitting against your face atop the cliff. 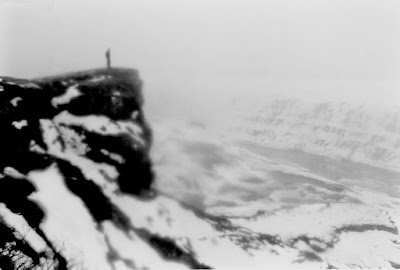 The mental health aspect of all of this is certainly significant, given the invisibility of the virus itself, and the ongoing dull dread and fear that has enveloped our lives in the short-term. Katie Eleanor's work mirrors this beautifully and tragically, as she merges the gap between fantasy and reality using the popular fairytale of Rapunzel, who let down her hair to allow her suitor to climb the tower and rescue her. Amusingly, through a contemporary lens it is clear that the capacity to save herself was within her the whole time, but in Eleanor's adaptation the hair that was sold to the reader as beautiful, flowing and bountiful is actually shrouding her face and masks her from the outside world. We know nothing about her, and similarly she cannot access society as it blocks her senses. Both a plain and intricate composition leaves the viewer feeling fragile like the subject of the work, but with space to create our own narrative around the figure. 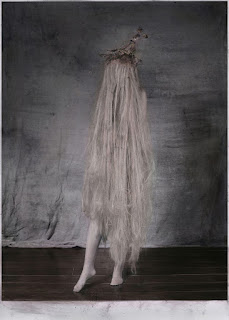 I don't think I have ever seen a group show where every piece has been so visually dark in terms of palettes, to the extent that the majority of works are in black and grey. The subtitle of the exhibition is "a visual journey for a time of isolation and self-reflection", and the gallery undeniably delivers on this front. Despite the morose aesthetics, the show is able to dive into self-reflection in a way that defies being depressing, instead swerving towards the lightly analytical. The works shine and fit in with the theme well, and is a nice introduction to online exhibitions if you're new to them as a concept, as there is no interactive element and instead you can spend as much time as you like on each piece. 'Newborn Awakening' has restored my interest in such things, and I am now likely to explore more as they emerge in weeks and months to come. 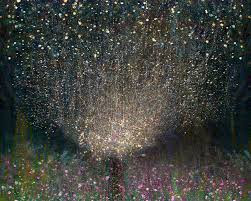