Zurich-based artist Vanessa Billy's solo show at Assembly Point takes Peckham through the post-apocalypse; the stylistic way in which the space is transformed is reminiscent of installation without taking any attention from the powerful individual sculptures. Works are set out to make the space seem like its own world, with 'No Bones', hand-blown glass pieces, almost walking around the gallery and the wonderful 'Diffusion', comprising of bio-resin and dye, bearing the appearance of oozing from the walls into solid puddles.

Upon entering the space, the hue of the orange neon lights above are warm to the point of being unnerving, especially given the contents of the exhibition which generally use raw or sterile resources to create materially simple yet complex works. Interestingly Assembly Point's press release describes each of the small glass works as being "unique in its gait", and I was immediately struck by this crossover between animate and inanimate objects; in an assessment of a destroyed environment, will we take solace in inanimate objects in contrast to the way we mindlessly discard them now? 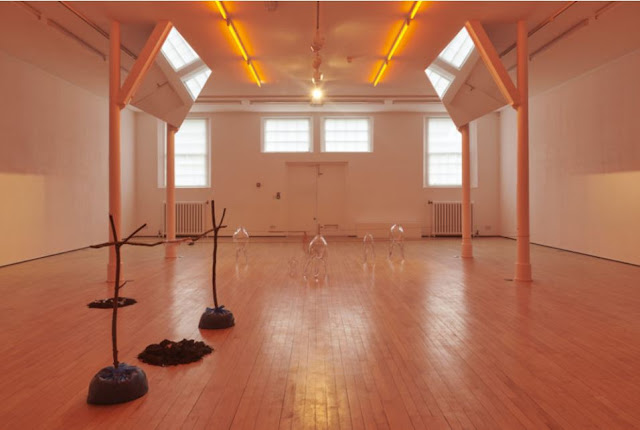 At a time of environmental collapse where other social structures are also falling apart, the themes of waste, bodies and the superficial are hard to ignore. Billy's use of materials is also noteworthy, as copper, glass and substances like calcium carbonate, commonly found in rocks and shells of marine life, are depicted as detritus of a bygone time. The sculptural piece 'Bones' is very much referential to this, to the point that its reference to death and destruction presents a stronger message than the work's physicality, which is no bad thing. As a solo show, 'Future Perfect' is elegantly and intelligently conceived and executed.While Assembly Point have had a run of science fiction-influenced exhibitions, this seems to be the pinnacle; whether the viewer approaches the show from an art or science fiction angle, there is much to take from the work despite its initial minimalist aesthetic. 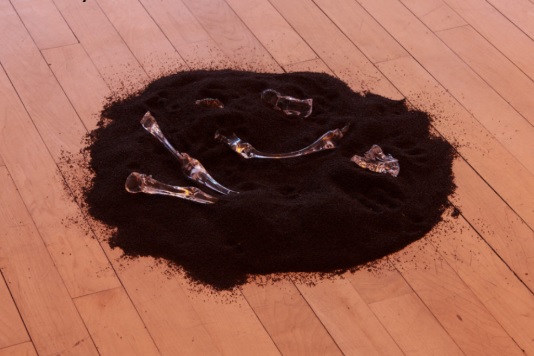 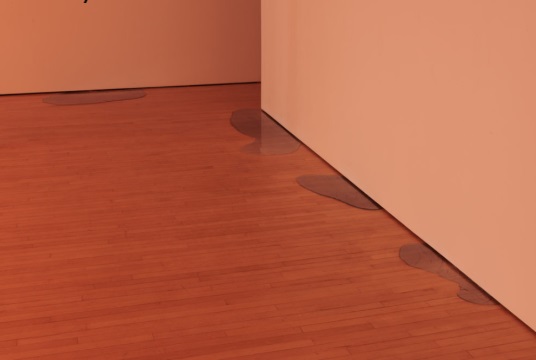