For this curious exhibition at Project Native Informant's relatively new space, the artist's exhibition first shown in January 2018 at Los Angeles' Jenny's Gallery makes its way to London. Despite this relocation, the nature of the show makes internet culture and its 'environments' the focus, making a swift transition across the Atlantic. Made up of sound and installation, 'Here We Go Again' makes great reference to film and TV as staples of daily life, as well as more intimate moments of technology entering our lives, such as the voice of Siri or Alexa reverberating throughout the gallery. 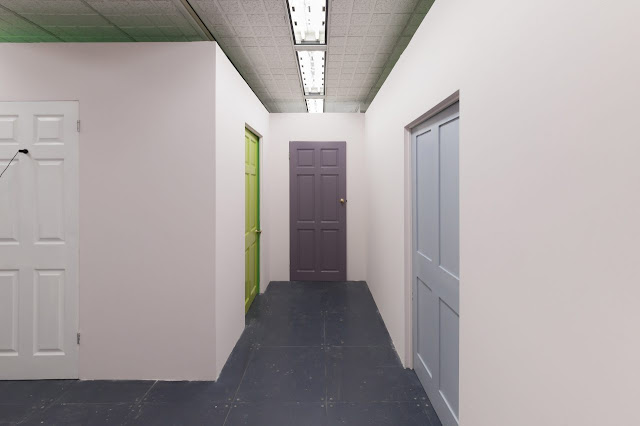 
The physical setup of the exhibition is both very simple yet complex; in terms of 'artworks', some may arrive wanting, or expecting, more to look at, which makes the actual experience not only eerie but demanding more attention than your average exhibition. Upon arriving at the space, you're instructed to enter another door beyond the one you've just moved through. From this point on, you soon realise that the exhibition is a series of doors in a space that feels neither commercial (i.e. like a gallery environment) nor domestic.

Sound plays a large part in the show, and the recurring voice is recognisable as the increasingly ubiquitous technological personal assistants. These omnipresent but ultimately invisible figures are becoming the bridge between personal life and our technology use and Keil reasserts this with her bizarre, perhaps jarring, transformation of the gallery space. It is also worth noting that, as you might imagine from the photograph above, Project Native Informant becomes claustrophobic with the narrow green walls and sound bouncing off them from different directions. Soundbites such as "what would you like to have a conversation about?" from the robotic, awkward voice and diction remind us that these characters are not our friends but do have plenty of knowledge stored. Further sounds flash by like an analog radio being tuned, or flicking through channels on a television, creating a false sense of home and security. 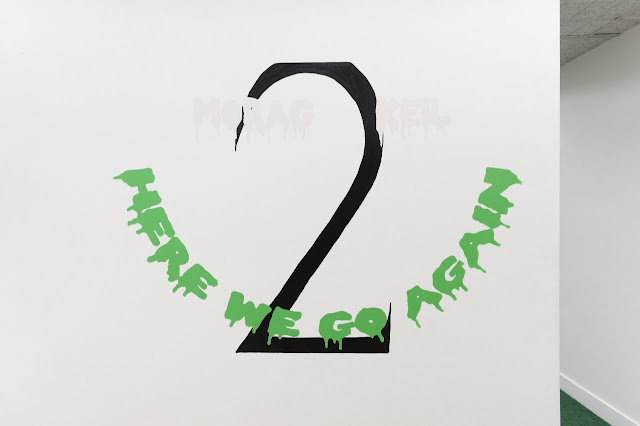 Contrasting escapism, through the recurring symbolism of the doors, and the reality of being entrapped in each adjoining narrow space highlights the strengths of installation art and Keil's ability to utilise it. Surveillance is also addressed, with the first green enclosed room holding a television screen with a camera showing the viewer the back of their head; this then forces them to turn around, thus showing the camera their face and providing more data for the cameras, and who knows what (or who) else. Surveillance and society's increased dependence on technology aren't exactly disparate themes, but expressing them while stimulating the audience allows them to be considered and experienced in new and interesting ways. 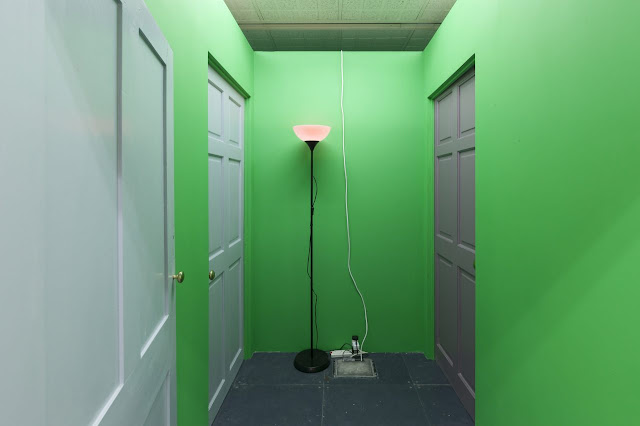