After a year or so of countless all-female art shows in London, it is nice to see a group exhibition where the fact that all participating artists are young women is something of an afterthought, or coincidence. Pippy Houldsworth Gallery's new show 'Hypnagogia', a word referring to a "transitional state of mind between wakefulness and sleep in which fluid, hyper-associative images are conjured", is curated intelligently and with consideration to what each artist is actually presenting. Given the Freudian theses of dreams and female sexuality, it makes absolute sense for works in this Mayfair gallery to be by women, but it is certainly not presented as something that is part and parcel of "the feminine" or "the female condition", which is a huge relief!

Pippy Houldsworth Gallery is fairly small, and with only four artists in the show they have a small selection of works on display each; as they are all emerging (in the sense that they are young and starting to get noticed by the big-league gallerists) it acts as a primer for engaging with each artist's practice. The works are not in dialogue, yet they are not disparate and fit the theme of the show neatly. Jadé Fadojutimi is the youngest of the group, having only graduated from her masters at the Royal College of Art last year, yet her painting 'My Bloated Burial' is the largest and most urgent through its bold strokes and vibrant palette, with an aesthetic almost of being on fire. As the most abstract piece, the ambiguity of body or landscape is certainly intriguing, and ensures that the viewer returns to it again and again. 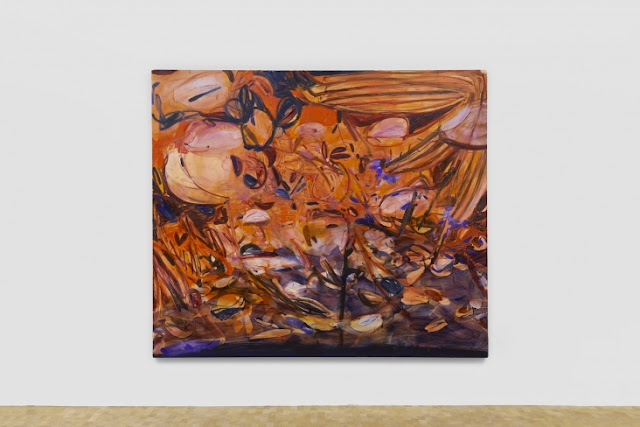 
Gabriella Boyd has just had a solo exhibition at nearby Blain Southern, from which she will have undoubtedly amassed a sizeable following; the show is clearly well-researched as her work fits beautifully into the core idea of 'Hypnagogia'. I found that her work felt slightly too much of a dream state in the solo show context, but in this selection of four artists they are much more potent; 'Help Yourself' is a real highlight and is potentially the closest the exhibition gets to analysing the female condition, with its thinly applied paint alluding to anxieties surrounding body image and shame around sexuality. Faceless figures in Boyd's work and that of Maria Farrar speak volumes about this chasm between reality and 'dream' worlds.

Farrar is another fairly recent graduate, yet the combination of amusing motifs and technical ability in her work strongly suggests that she will be a regular feature in exhibitions to come; she has already had a solo show at mother's tankstation and has exhibited at the Saatchi Gallery. The 2017 painting 'Viennese whirls' is a haze of biscuits, shoes and music scores, almost as if summarising an existence down to objects, with a hint of commentary about consumption and how our dietary habits and spending bring about so much guilt, especially for both women and "Millennials". 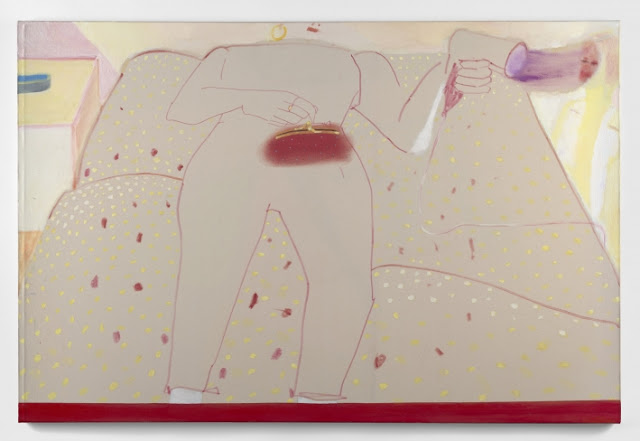 Japanese artist Makiko Kudo stands out as having a different stance to the other artists; initially I wasn't sure how well the anime-style faces worked alongside the distinctly unidentifiable figures found in the work of Fadojutimi, Boyd and Farrar, but actually the contrast was quite pleasing. They have a certain tranquil quality merged with a hidden anxiety, a highly succinct and effective way of thinking about dreams and how they transcend into the outside world. Pippy Houldsworth Gallery describes fellow artist Farrar's work as recreating dream imagery "in eidetic detail", but I feel that by translating or transcribing these memories and feelings into fine art form, new scenarios are being both created and shared with their audiences. 'Hypnagogia' looks to dreams for inspiration and answers, but it is the artists' technical skill that makes this point between dream and reality an entirely new object and one of genuine interest.