For its first offering, Women in Art Fair presents 'Fair Play' at Gallery Elena Shchukina, W1K, as their initial project before hoping to set up a female-only art fair, as a response to the gender imbalance in the arts. Much like many other female-only shows running at the moment, 'Fair Play' aims to explore what "femininity" might mean in the contemporary age. Similarly to Richard Saltoun Gallery's all-female exhibition recently, the lexicon of "femininity" seems to be rather dated, and there are certainly questions about the selection process of the artists involved in this exhibition, however it must be noted that it is the organisation's first project and stands to only grow and improve. 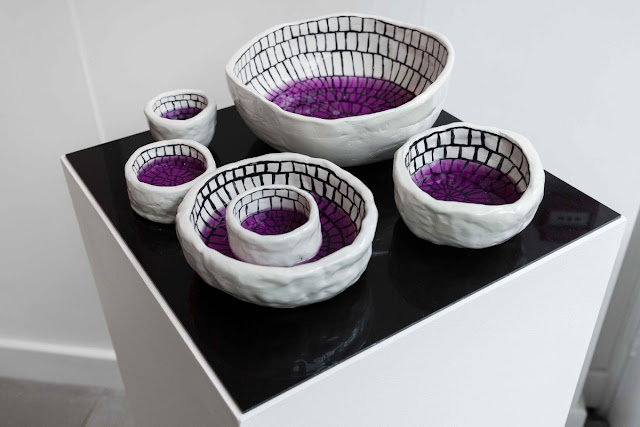 By the window stands sculpture by Lydia Brockless, whose ceramic work is filled with domestic substances such as shower gel and soap; this is one of the more successful works in the show in that we can see a comment on the almost inextricable links between craft and women's domestic constraints throughout history. The unnatural hue of the purple liquids emphasises this uneasy relationship, while placing the sculpture on a black and white plinth confirms its status as fine art.

Maisie Cousins' work is sure to bring in the crowds as it did for a recent solo exhibition at London's TJ Boulting gallery; the artist's photography with sumptuous fleshy tones has earned her a great reputation in a short amount of time. With the remit of this particular exhibition, Cousins' work functions really well in quashing tired notions of femininity, ranging from glossy images of flowers, dewey and fresh, to unadulterated compositions of smeared makeup and rear ends which would not look out of place in a fashion editorial. 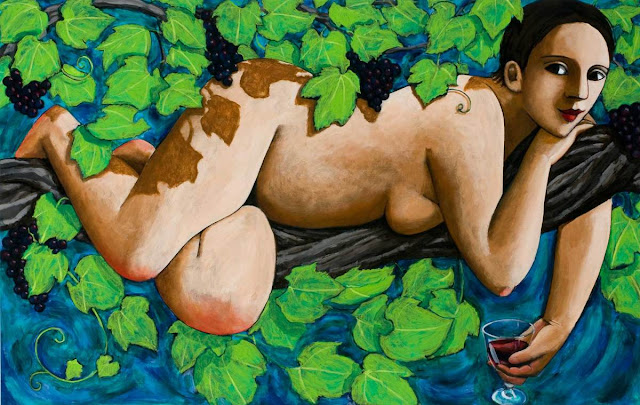 Jane Hayes Greenwood is also a significant presence in the show; I wrote about her solo show at Block 336 last year and all the paintings featured in 'Fair Play' were in that body of work. The curators have done a pleasing job of including artists in strong points in their careers, with highly recognised and recognisable practices. Whereas the likes of Cousins are new players, Anita Klein has been practising for over thirty years, and her painting 'Deans della Vite (Goddess of the Grapevine)' uses the motifs of nature and the female nude to make us think about how the female artist subverts  the male gaze and amplifies the female gaze, and how the two are inherently different. This is certainly an important element of an all-female exhibition.

However after viewing many exhibitions excluding male artists, it becomes evident what is important to take forward and what is potentially frivolous. Thinking about the ways in which women want to be viewed through both their work and as subject matter is what we can take away from Klein; providing a type of satire on women's history, or lack thereof, is a positive element from Brockless and an unashamed vision of women's present reality (while maintaining non-ironic pretty aesthetics) is how Cousins fits in. From this point onwards, it will be interesting to see where the all-female exhibition has room to develop. 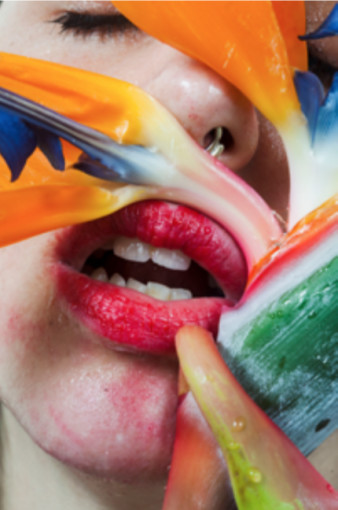