For this highly timely exhibition at the newly relocated Design Museum, W8, the viewer is not exactly given insight, as it is a very much of-the-moment show, but instead reminded how graphic design is ingrained into daily political life. As much as one can protest using speech and action, a visual aid is always required as support. Unlike many of the Design Museum's previous shows, 'Hope to Nope' (with its title you will struggle to find fault with) does not demand hours from the viewer, instead it is concise, informative and succinct, much like the social media posts it analyses. 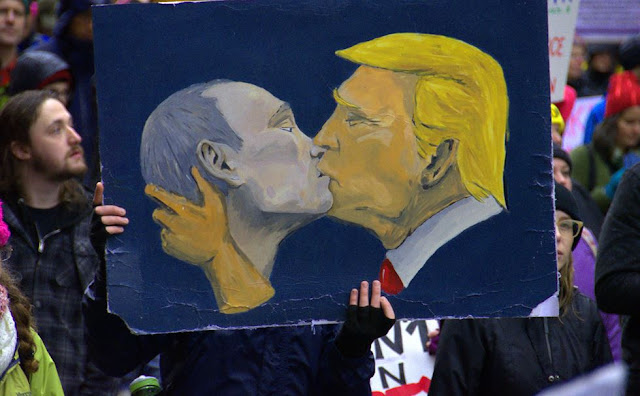 Wall text at the start of the exhibition space opens: "this has been a politically volatile decade". Many of the events triggering the design pieces on display would not have been predicted, and in a bittersweet way it is an element which brings added momentum, and will no doubt bring in more visitors. As a large-scale institutional showcase, it had flavours of the V&A's 2015 exhibition 'All of This Belongs to You', in which the role of public institutions at a time of political interest (shortly before Brexit and the USA elections). Alas, the Design Museum is very careful to state its neutrality prior to entering the space, and while there is certainly room for subject matter to be pushed further in explicit content, choosing not to do so allows a younger audience to be educated.

Trump and Brexit play a large role in the protest and propaganda material shows, if not directly then as something of a domino effect. A six-minute commissioned film charting significant protests in recent years from Turkey (Gezi Park), Barcelona (Catalan Republic), South Africa (Firing President Zuma), USA (Women's March) and the UK (Justice for Grenfell) is arguably the most potent feature; in part this is due to the sheer number of bodies attending these marches, another is that the film is the only part of the show that has audio that can be heard in all three spaces. Hearing voices exclaim and use instruments in unison serves to highlight the power of the arts in not only bringing people together but making higher powers stop and listen. Given that austerity measures are degrading these very fields of expression, the curators give viewers more to consider. 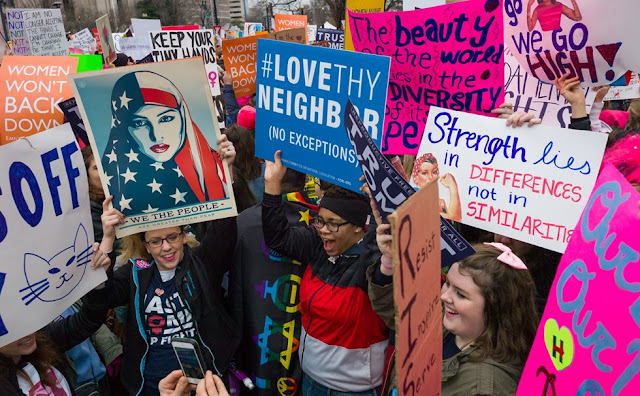 The exhibition is slightly odd in that it does not seem to want to feed us a narrative. There is no linear curation, and ultimately that is fine; there is no ethereal contemporary art to analyse as we all have a sound understanding of the stories being told. In fact there is nothing particularly new in this show, and in a hundred years' time these objects will surely be telling artefacts to an era of immense upheaval and fragmentation. Despite the large focus on North America and the UK, the curators do touch upon other nations and this is very much a welcome addition; the 'I Am a Billboard' campaign from China, for example, will be new to many. 'Hope to Nope' is a vital and stimulating institutional exhibition, yet certainly not one for escaping the frantic nature of the past ten years.
Labels: brexit design design museum exhibition graphic design kensington london propaganda protest putin trump