With a title as promising as 'Transient Space', expectations were high for this group exhibition at Parafin Gallery, W1C, hyped further by the gallery's use of a Baudelaire quotation from 'The Painter of Modern Life', in which he spoke of the importance of artists recreating "the transient, the fleeting, the contingent...". At a time when London feels in a constant moment of transit, and with space at such a premium, I was intrigued to uncover what works from 1982 to the present day could offer this narrative.

From a curatorial perspective, works from each of the six exhibiting artists are spaced out between the two floors of the gallery and the viewer weaves in between the different stories of empty spaces played out through video, sculpture, photography and painting compositions. Nathan Coley's aluminium mini structures provide a highly figurative introduction to the exhibition's theme, as their perspex stands protect the sculptures from harm, such as the natural elements. The prominent theme of empty spaces resonates with each artist, as while Coley's sculptural works are structurally sound, their lack of functionality renders them useless and abandoned by default. 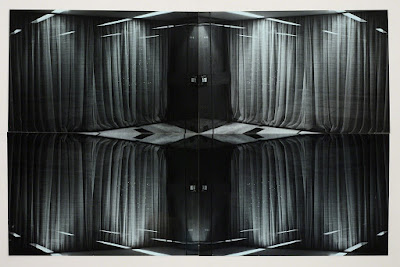 Arguably, it is the work of London-based artist Tim Head that epitomises the exhibition, presenting photographic collages of large, empty yet somehow opulent spaces. I believe this to be in the production quality of the piece rather than the subject matter but, as always, this is open for debate. Albeit the oldest works in the show, the vibrancy of Head's palette choices feel current and dynamic. Pinks and blues are highly reminiscent of nightclub environments; the fact that many London nightlife destinations are getting closed down, especially those catering to LGBT+ needs, does not go amiss in a contemporary viewing. Additionally, using an architectural space as the subject matter of an artwork makes one think of how an original design becomes an architectural structure, before reverting again to a form of design through artworks like 'Fugitive Space I'.

Abandonment addressed in both Coley and Head's work is another key element of the show, as Mike Ballard's sculpture consisting of "found building site hoarding" makes us think of the abandonment of inanimate objects and detritus in the city. Again considering Baudelaire's quote, the sculpture feels like future archaeology, or a record of this particular period in history, where the city is always being re-built, its landscape re-configured. As the work bizarrely looks both tired and new, we cannot help but wonder when, if ever, this moment of constant construction will pass. 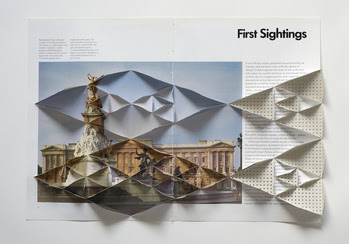 Abigail Reynolds' work is less about abandoned spaces, but more about artistic intervention and subversion. By essentially defacing secondary images of some of the world's most renowned and recognised buildings, Reynolds seems to contest the ways by which we are subjected to imagery of these fine architectural monuments. By using found material directly from books, brochures, travel guides and the like, the evidence for the artist's ideas presents itself; the folds and troughs create 3D, architecturally influenced shapes on the page, at the same time highlighting the impact of the original image beneath.

In addition to his found material sculptures, Mike Ballard also has wall-based canvas pieces which evoke the textures of the built environment, whether they are new and glossy or old, weathered and mildewy, which is very fitting for the central London location of Parafin. The basement level of the gallery is a wonderfully mystical and charismatic space, with walls painted in interesting and varied tones; it is also predominantly lit by Melanie Manchot's three-screen video installation 'Tracer', again producing imagery of vast empty spaces, with gestures by human figures defining the architecture and infrastructure. Mankind inhabiting these otherwise empty spaces prompts the realisation that the diverse activities taking place in these buildings are wholly humanised memories; narratives belonging to different developments are mostly subjective, as becomes glaringly evident in analysing perspectives on heritage and social housing, to name two examples. 'Transient Space' invites us in with beautiful aesthetics both crisp and gritty, while telling a story of a constantly developing global city. 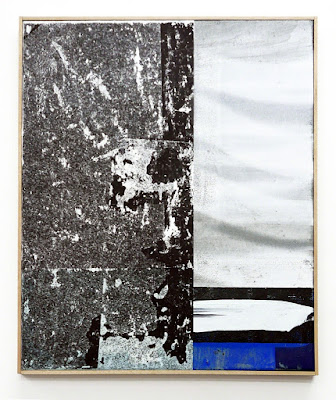