National Museum of Women in the Arts: Revival (until 10th September 2017)

I'm really excited that this post comes from Washington DC, which was recently named the world's best city for museums, sharing the honour with London, so I have been chomping at the bit to get round as many as possible in my time here. My first stop was always going to be the National Museum of Women in the Arts, and I was even more excited to find their temporary exhibition 'Revival', which showcases prolific female artists from the contemporary and late modern period.

The body is a focal point of the show, where women artists use theirs and those of people around them as inspiration to produce creative responses to the world in which they are immersed. Thrillingly for a museum exhibit, curators have picked as vast a range of media as one could possibly hope for, spanning installation, video, sculpture, painting and craft, with thoroughly international origins. Swedish artist Charlotte Gyllenhammar has space towards the front of the first gallery with a dual video piece and a wonderful print 'Fall III', in which a female figure is hanging from a height facing the ground, yet is not struggling, instead beautifully poised in an extravagant dress, posing a manifestation of Stockholm Syndrome (if you will excuse the pun). This feeling of entrapment is stifling and undeniable, and is certainly something shared by Gyllenhammar's fellow artists, albeit in various forms. DC-based Sonya Clark, for example, builds upon her Caribbean heritage to highlight the fetishisation and exoticisation of afro-caribbean hair in the piece 'Hair Wreath', simply but effectively re-appropriating the symbolism of the Christmas wreath with strands of dreadlocks. 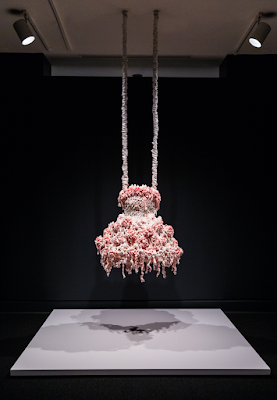 Petah Coyne is another artist I was surprised to be encountering for the first time, as her blockbuster-aesthetic sculptural works are visually stunning and arresting. Whether the theoretical, contextual side is equally as spellbinding is up for discussion but there is no denying that the Oklahoma-based artist has a real skill for drawing in the eye, art lover or not. While each artist is not always linked to the next in a meaningful way, the high level of passion in each example of contemporary women's art is truly awe-inspiring and such a pleasant experience to be part of, especially as we realise we are in the presence of some profoundly important art historical works, such as the relatively minute 'Topiary' sculpture by Louise Bourgeois.

In addition to being simply aware of the art historical significance of certain works, the inclusion of aboriginal artist Janet Forrester Ngala was again very pleasing, as her demographic is a highly underrepresented and truly undervalued one in Western contemporary art narratives. In the context of the exhibition, her work 'Milky Way Dreaming' is the first piece to address craftwork as a cliché in women's art. Forrester Ngala's practice of translating the 'dreamtime' traditions of the aboriginal culture to canvas is beautiful and atmospheric, bringing us to think of our own time and place in the world. 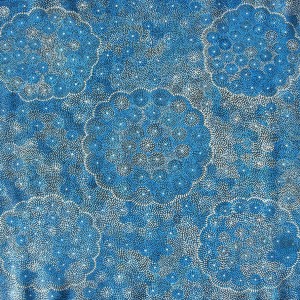 Similarly, American artist Andrea Higgins' work uses intricate pattern to elaborate on the stories of the world's most influential women. At a time where the British Prime Minister barely has a mandate for her government and Hillary Clinton losing the Presidential race is still raw for many, these works adopt a new life which we may never have considered prior. Higgins' work takes a similar form to that of Forrester Ngala in that on the surface the work is pure pattern; we are not affronted by any figurative message. Two works on display, 'Jackie (India)' and 'Hillary' are from the ongoing series 'The Presidents' Wives', where the artist has investigated outfits worn by, as the series title would suggest, the First Ladies in American history. Reducing the women's legacies to their fashion choices is of course a sharp satire on the treatment of women in positions of power, or those in supporting roles of men in said positions. Such diverse works merely scratch the surface of what this encouraging show has to offer in such a forward-thinking institution, and the fact that the museum is the only one of its kind in the world provides this tourist with much to consider about the future of all-female exhibitions. 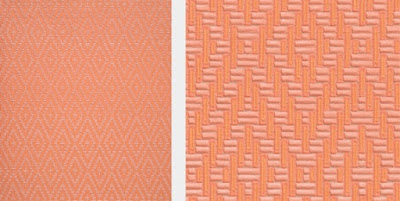