Update: Breese Little will close its space permanently after the exhibition '31 Women'.

With a title like '31 Women', it was inevitable that I was going to visit this group exhibition at Breese Little, E2. As the title suggests, the show displays thirty-one female artists together, with practices ranging from the 1940s to the present day. Many significant names in contemporary art are involved, and it is a real treat to view this celebration of women's art. There are two sub-themes within the space, the first being a form of surrealist, psychoanalytical influence, and the second focusing on abstract mark-making, the latter of the two being more unexpected from a female-only exhibition.

In a small space, the prospect of showcasing thirty-one different artists seems incredibly daunting but Breese Little have made it work by limiting the number of sculptures to ensure that viewers can navigate the space easily, in addition to displaying particularly small canvases together. Perhaps the first notable work is from 1989, as Helen Chadwick's 'Meat Abstract No.8 Gold Ball / Steak' provides a first glance at what one would definitely anticipate from a female-centric show, with brown and pink flesh colours aplenty and a piece of meat alluding to the body and the opposition of the phallus. This rich colour palette, and choice of depicting meat, creates a vibrancy beyond the standard still life portrait, creating intrigue around the picnic of steak and gold, presenting a fresh take on commodification and fetish, despite being almost thirty years old. 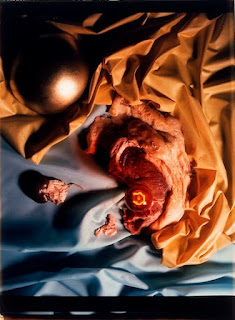 Despite it being something of a cliché to say that women artists are fascinated with beauty and the aesthetically pleasing, it must be said that, in one way or another, the works comprising '31 Women' are deeply attractive and compelling. I personally think there is nothing wrong with making an art gallery, especially a small, concentrated one, beautiful with art, although that is not the 'contemporary' way. For a real contemporary flavour, one need look no further than Ella Kruglyanskaya, who is certainly hot property in the art world at the moment. 'Drawing of Lounging Woman in Straw Hat' is a wonderful oil painting conveying the artist's distinctive style, while adding a real biting edge to the show, as the women showcases voluptuous curves dominating the painting, snubbing the idealised body shape, and wears a facial expression that does not return the viewer's gaze, and really seems uninterested by us.

Sculptural works and wall-based art often do not complement each other in group exhibitions, however one does not steal attention from the other in '31 Women'; instead we find an exciting collection of works charting the new subjects in women's art. Rachel Whiteread's 'Step' is a great example of the mid-point between the two; Whiteread's work always reminds me of women's place in industry, namely architecture. There is a theme of facade in the artist's work, and this starts at the point where we assume that the work has a concrete base, yet are informed that it is plaster. Using pigmented resin to add a playful palette while simultaneously accentuating the grey of the brutalist aesthetic below creates a question of value in art and architecture. 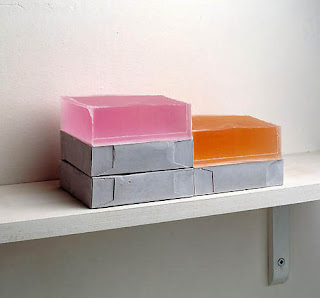 There are several examples of subversion in this exhibition, which is tantalising and thrilling to watch in the 'white cube' space, with Whiteread being included in this litany. Angela de la Cruz's ferocious 'Ripped' is blunt, straightforward and powerful; gender binaries that one might naively believe are being discussed in the show are irrelevant and torn down. In light of the left's reactions to Trump, Brexit, Grenfell and the DUP (to name a few) this work feels stronger than ever, since its creation in 1995, and I truly hope more audiences are able to see de la Cruz's work in the near future, which follows similarly performative techniques. For a survey of women's work with the refreshing element of refusing to address 'the female condition', or 'women's issues', Breese Little is a great place to start this summer. 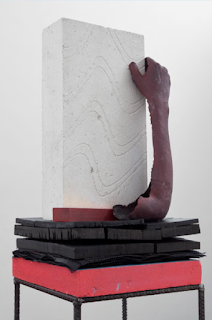