While the new show at Waddington Custot Gallery, W1S, has a strong focus on the modernist period, many of its prolific artists are still producing work post-millennium, yet those works which would not be considered as 'contemporary' still feel exciting and fresh. In marrying the two periods, the gallery places emphasis on the ongoing themes which artists as infamous as Donald Judd and Josef Albers have explored, yet not closed to their contemporary counterparts.


Its core theme, as is evident from the title, is the artists' use of colour and how this is profiled and used for purpose. Interestingly, and fortunately, the curator has elected not to include Yves Klein, nor Anish Kapoor, who would have been the obvious addition to the conversation. Instead, we are presented with a mixed-media collection of highly desirable and canonised works from the past one hundred years all using colour to different effect. Hélio Oiticica's 'V6 Spatial Relief, Red', for example, extends its narrative to art as object, as its overlapping geometric shapes could hold the viewer's attention from any angle, yet that they are hanging from the gallery ceiling shows the life in colour, and its ability to form part of our landscape, however artificial this may be, proving the smooth link between the sculptural and the architectural.

Anthony Caro's work has always been famed for captivating audiences with its bright colours, in the hope of creating a unique, individualised interaction, yet where Oiticica's piece hangs at head height from the ceiling, Caro's 'Floor Piece Hè' is self-explanatory in its positioning, its disruption of the viewer's navigation around the space moderately arresting in itself. Given the promise of colour in the exhibition, Caro's work certainly stands out for defying the expectation, which in itself makes us inquisitive about the artist's chromatic choices. Its dark and aggressive appearance is reminiscent of both a sea anchor and the chains and locks of sadomasochism. Whereas colour can certainly possess its own characteristics and assumptions, much like negative space the lack of bright colour can speak its own story. 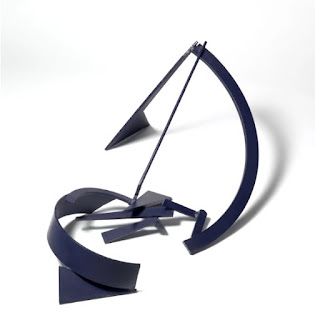 Whether you follow the history of art or not, 'Colour Is' ends up being an inclusive and at times, dare I say, crowd-pleaser of a show, without being gimmicky. While several of the works are Instagram-friendly and will appeal to a young audience, such as Joseph Kosuth's neon light installation 'II 49 (On Color / Multi #2' and David Annesley's 1965 sculpture 'Orinoco', there are other works which require a secondary level of contemplation from the viewer's imagination, especially given the aesthetics-heavy focus of the show. I found another contemporary piece, Sam Gilliam's 'PARADE I' to be a strong example of this, where it is positioned as an almost counterbalance to the bold palettes of other works, using the artist's distinctive watercolour, a medium which is highly underused in contemporary art; while this is often with good reason, Gilliam's technique presents a calm and weathered effect, implying the piece has its own narrative. 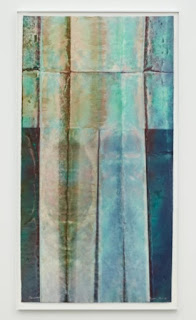 In its title's ambiguity, the show will certainly attract a great number of visitors, as ultimately whether or not one is interested in art and its histories, colour is an unavoidable, and indeed exciting, part of life and culture. Despite this, Waddington Custot Gallery have decided to exclude any representational works, (selecting a quote from Judd declaring that "the necessities of representation inhibited the use of colour" to touch upon this omission) therefore it is highly likely that the show will garner a wide interest from critics and art lovers. A wonderful show has been put together in the space, and bringing modern masters such as the works aforementioned to younger and more diverse audiences is equally as impressive as the curation and thought behind the exhibition. 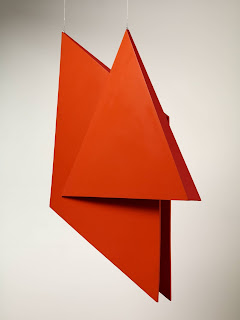