The title of London-based artist Toby Ziegler's solo exhibition at Simon Lee Gallery, W1J, will be especially enticing to those with an interest in the art historical or theoretical side to contemporary art. Posthumanism is one school of thought among many which are prevalent in contemporary practice and theory, and Ziegler's marriage of this using Henri Matisse's 'Large Reclining Nude (The Pink Nude)' makes this an exciting and stimulating body of work focusing on the dehumanisation of the body, its aesthetics and the state of 'human nature' as a consequence of the unprecedented rise in technology use.

'Large Reclining Nude (The Pink Nude)' is the initial point of reference for the viewer, both in the gallery's description of the show and in its physical standing at the front of the gallery space. As part of the video installation 'Grammar of Equivalence', two screens are presented; the smaller of which showcases Matisse's 1936 painting, gradually coming out of focus and is reduced merely to its palette through being pixelated. This already gives the first glimpse of the posthumanism to which the artist is referring, in that humanity is becoming a pluralised form. Additionally this introduces us to Matisse's work at its most unadulterated, before Ziegler manipulates it for the first time in 'Post-Human Paradise', but certainly not the last. The second, and larger, screen of the installation is formatted in the style of Google Image Search, and showcases images with a similar palette.

Using the colour pink in this way instantly evokes flesh, which is further supported by images of wounds, lips and skin itself. Placing them without context on the screen, and next to one another, provides the viewer with a stark reminder of the dehumanised nature of the body through images circulated online. Whether, outside the gallery parameters, this is through doctors providing medical advice via video calls or the leaking of naked photographs, we are reminded of the distinct lack of human presence through this piece, despite its biological depictions.

Beyond the almost hypnotising trance of the video installation, the show becomes a series of oil paintings conveying similar ideas, but intriguingly does so without losing sight of Matisse's painting as motif. We notice how Ziegler has defaced, re-styled and interpreted 'The Pink Nude' through various aesthetic ideas of posthumanism; considering that said ideas also encompass a critique of technology is particularly interesting as aesthetically it appears that the artist has used spray paint, a distinctly urban means of rebelling against standardised practices and customs. However, the viewer is informed that all works beyond 'Grammar of Equivalence' are, in fact, oil paint on aluminium. Recreating the technological aesthetic is another way by which the show adds to the narrative of the relationship between artist and viewer, with technology as a medium. 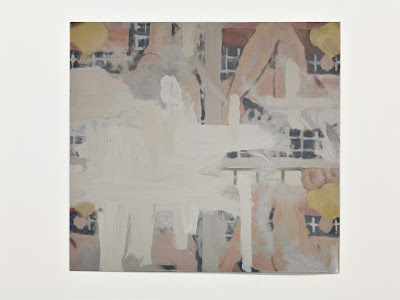 Ziegler's choice to celebrate Matisse's painting while simultaneously deconstructing and defacing it subverts the image to create a bizarrely coherent analysis of the current state of the incomplete and fragmented body in contemporary art, further alluding to social issues involving aesthetics, such as race and gender inequalities. By using oil paint to form a new layer over the reproduced image of 'The Pink Nude', we see an analysis of the fetishistic voyeurism of the body, especially that of the female or person of colour. While the original painting focuses on large, curvaceous features and is suggestively, if not invitingly, positioned, Ziegler's body of work reminds us that this is merely an artistic impression, and demands analysis beyond the painting's epidermis, especially in a twenty-first century reading. 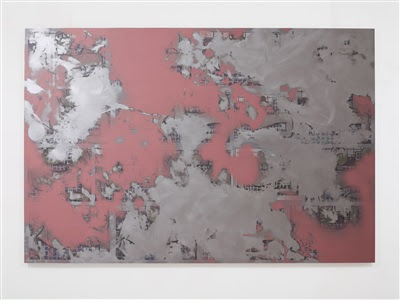