As far as contemporary photographic artists go, few are being celebrated and enjoying notoriety quite like Wolfgang Tillmans, who has his eighth solo exhibition at Maureen Paley, E2, featuring new and ongoing photography on the topic of borders, questioning the extent to which they define and shape our lives. The show is split between two gallery floors, and various series have been curated accordingly.

It could certainly be argued that photography is the most effective means of documenting and expressing the salient topic of borders and various forms of migration, and it has been utilised well in this exhibition. One of the first pieces of the show, 'Wako Book 5 / Border Installation' is a collection of 31 photographic prints which deal explicitly with border control and procedures in an airport setting. Conflict and tension are both implied in the works, but ultimately what holds the viewer's attention is their comforting banality. Not each image addresses the negative emotions and actions surrounding migration and its public reception, as we see a young child happily watching a maintenance worker, jet interiors and a man simply waiting, albeit visually anxiously, between flights. Challenging lazy and often archaic stereotypes on the topic is something done subtly in this work, instead honing in on human behaviours as a result of the issue. An example of this is an image of a vandalised cash point, conveying the ways in which significant political messages (and precarity, in the case of the upcoming European Union referendum in the UK) translate into daily life and attitudes. 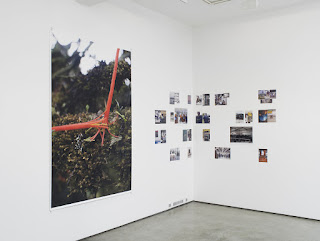 'The State We're In' is the focal point of the lower gallery space, in regards to its size, aesthetic and underlying message, Viewers are likely to be drawn to the familiarity of open water, as it is often something of a symbol of respite for the urban, technological way of life. However in the context of Tillmans' visual investigation into borders and subsequent limitations, we can see the space of open water becoming contentious and legally bound with national constraints on access. Given that water is now a symbol of asylum seeking and resulting tragic deaths, the scale of 'The State We're In' is certainly given new meaning.

The ground floor space potentially offers the most thought in respect to defining landscapes and spaces, such as the inclusion of 'Fire Island', which again portrays an idyllic image of an anonymous beach, void of human presence or intervention, except for one crucial element. While the palette of nature is neither predictable nor static, the photograph seems to be tampered with, using photo editing software. Altering the image in this way is perhaps the artist's most effective way of expressing the social construction of his various themes, most saliently immigration and integration. In addition to the evident intervention of human activity on the landscape, with its nod to global warming, 'Fire Island' also conveys the privilege of technology users in the contemporary world and its Information Age. Not only can we access images of artworks, vastly diverse geographical locations and the like, but we are able to edit them for specific purposes, and artists can express political, and perhaps more importantly, geopolitical, messages through aesthetics. 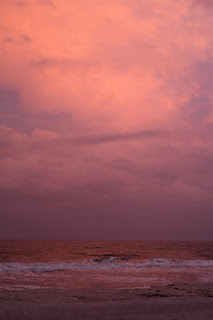 Contradictions between the natural and human worlds are produced further in the first floor gallery, where borders and social control are themes left more implicit. Ideas located in 'Fire Island' are addressed again in the final exhibition space, including 'Palm Tree, Sun Burst', where a small domestic plant is pictorially enlarged and in doing so, strongly resembles a tropical palm tree. It remains obvious, however, that the plant is immersed in a domestic office environment, alien to what it knows and what its natural state would desire. This tension and interaction between human and non-human life is compelling, and in this image the artist attempts an impartial viewpoint between the two parties. The politically charged nature of Tillmans' work is entirely unavoidable throughout the exhibition, especially with the inclusion of the artist's pro-EU poster campaign within the gallery space (www.tillmans.co.uk/campaign-eu). Using activism beyond a standardised (or 'passive') form in the art institution is certainly refreshing, and allows viewers to actively experience the thoughts and ideas of the artist in a wider, and certainly timely, context; the fact that Tillmans will have a retrospective of his work at Tate Modern in 2017 tells us that the future of these progressive means is positive.