This extensive group show at Wilkinson Gallery, E2, is an impressive array of work based on the eponymous book by Jules Verne in 1882 and the subsequent film, 'Le Rayon Vert' in 1986, released as 'Summer' in the USA. Despite the high calibre of artists featured in the exhibition, the link between works can seem rather fragile if the viewer has limited to no knowledge of the cultural fulcrum of the show as a whole. The 1986 film, directed by Eric Rohmer, is the first point of departure, according to the gallery, and the crux of the plot is that the female protagonist, Delphine, embarks on a summer holiday after the deterioration of a relationship. While travelling in Biarritz, France, she learns of a reference from Verne's original text, where if one observes a rare green light during sunset, the thoughts of her own and those around her are immediately revealed. Thus, the viewer can imagine the multifaceted nature of how the different artists in Wilkinson Gallery's show might perceive the theme: there is the mystical, the geographical, the chromatic, the possible position of the raconteur... Ideas separating individual works are what drives this successful exhibition and ensures that the viewer is truly tantalised.

As a wonderful space, each piece within the boundaries of the two levels of the gallery is able to inhabit its own territory. Excitingly, there is no continuity with media or message, so while the works come together collectively, there are many opportunities to deeply analyse each piece individually. Curator Andrew Hunt has embraced sound art, which again has been a greatly successful and compelling decision, as will be addressed. The lower gallery begins, anti-clockwise, with three photogram images from Lisa Oppenheim's 'Language of Flowers' series. Aesthetically stunning and enticing, they evoke the dynamism and technological force of twentieth-century Futurism and suggest contemporary methods of depicting natural forms, while also presenting a flash similar to the green version which is sought by 'Le Rayon Vert''s Delphine. 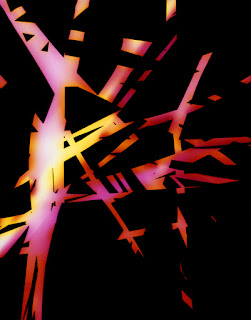 Oppenheim's three works are something of an induction into the technological consciousness presented throughout the exhibition, and opens up a discussion for how the aesthetics of this ever-evolving epoch might be produced; the series is also named after Georges Bataille's essay of the same name, drawing attention to the sexual imagery of flowers, among other features. There is certainly much to be said about the gendering of objects in this way, as gender has its role to play within the exhibition.

As part of 'The Green Ray', Delphine finds herself unable to identify with and act as a single female is expected to, finding the norm to be demeaning. The female voice in the exhibition comes in the form of several artists, Oppenheim included; Sophie Sleigh-Johnson and Anna Barriball make three as part of the lower gallery. Barriball's 'Sunrise/Sunset XII' is a simply constructed piece, an uncharacteristic pencil on paper work of the sun, reinforcing a theme of the importance of colour. While the sunset, although burdened with aesthetic associations which are somewhat cliché and overtly-romanticised, is loved for its expressive colour palette and warm tones, Barriball's image of the sun, either in rising or setting status, asks its viewer: what is our impression of the sun as an aesthetic object without its defined 'beauty' and substance as an image of the Sun? What makes Barriball's piece the Sun? If we cannot relate to it, how do we know what it is we are looking at, if we put conceptualism briefly aside? In the gallery setting we are naturally fed certain information but there is plenty of space for independent analysis, especially in strong contextual environments, in this instance Verne and Rohmer's prior projects.

Upstairs garners anticipation and attention in the same vein as the lower gallery, due greatly by two particular works: the sound work of Michelle Ussher and Huw Hallam, 'Nocturne (Delphine!...Are You There?)' showcases voice and a filmic impending doom and momentum through sound and Katrina Palmer's sound accompaniment to her mixed media installation of a dark wooden table and chairs set, aided by a separate set of headphones for individual listening. A first-person narrative as part of the 'Anyone?' installation, which for the viewer has a sensation of a group discussion, harbours an unidentified voice, potentially that of the artist, saying "pull up a chair and tell us what happened". This lack of ability to respond to the questions probing our innermost being amplifies the viewer's solitude, supported by the emptiness of the four chairs at the table.

Ultimately, we find that the exhibition takes the viewer, and each artist respectively, on something of a journey of self-discovery, a term that is widely used as cliché, but like epic poetry, this journey is not a linear one, but one that assesses different ideas about the reality of being at one with one's self. Discussions involve directions concerning what identity means and on what level, and how this can be addressed directly. The use of colour in contemporary art is an aspect which is now partially overlooked, in favour of social, cultural or political substance. Through the use of literature and film, yet with an intriguingly distinct lack of popular culture references or deflections, 'The Green Ray' [exhibition] implicitly shows the ways in which the contemporary viewer locates truth, progress and, ultimately, further challenges towards a final reflection of the 'self'. 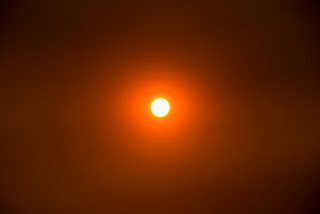 
Most Talked About Art...