Menier Gallery, SE1, enjoys a wonderfully central location, a five minute walk from London Bridge station, and an even more exquisite architectural setting, within the Menier Chocolate Factory vicinity. Generally speaking, the gallery tends to host group exhibitions and in doing so attracts a wide range of people, as they usually maintain accessible themes. To some extent, 'Force of Nature' does adhere to this, as landscape paintings and aesthetically pleasing artworks with a natural subject matter have been popular for hundreds of years. I would like to quote WJT Mitchell, from his book, 'Landscape and Power':

"landscape is a natural scene mediated by culture. It is both a represented and presented space, both a signifier and a signified, both a frame and what a frame contains, both a real place and its simulacrum, both a package and the commodity inside the package".

This is especially important in a critical reading of the exhibition, as it is evident from the various artists' statements that the ways in which they have embraced, experienced and expressed their ideas on 'nature' have been heavily influenced by different episodes in their personal lives.

Perhaps most profoundly, this is found in the work of Lindsay Terhorst North, who embraces displacement in her mixed media body of work, affected by her upbringing in South Africa. Her artist statement declares the ongoing trauma and uncertainty surrounding identity, that many people experience in various ways, as the artist "explores issues of identity, displacement and personal meaning, her childhood forever in a South Africa that no longer exists and her adult self formed in a culture that is familiar and yet alien at the same time". Intriguingly as a slight paradox, North's work is highly reminiscent of the visuality of the 'post-internet' movement, as the three pieces as part of the exhibition are clearly fragmented, and present a fusion of natural and synthetic materials, in this mixed media ensemble, including photography. 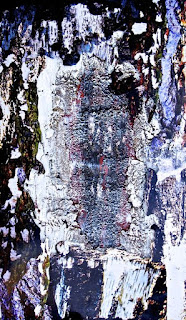 The bright, warm colours enticing the viewer from the busy Southwark Street ensure that the exhibition maintains a level of accessibility, which for a gallery like the Menier, is fantastic. Carolan's 'Resurrection' oil painting reiterates the message of a cyclical world, where nature is and must be a constant. 'Resurrection', and the remaining pieces by the artist on display, present an idealised, and highly traditional, viewpoint on the natural landscapes. Which, in a contemporary art setting where abstraction of some kind is the norm, can actually prove to be refreshing.

An antithesis to the romanticised painting work can be found at the back of the gallery space, where Tina Viljoen's 'Licorne, French Polynesia' subverts the viewer's expectations of material in an exhibition based around nature. As part of the 'Nuclear' series, Viljoen presents the erosion of human nature, which in turn has prompted the neglect of the natural world, in favour of power and technology. 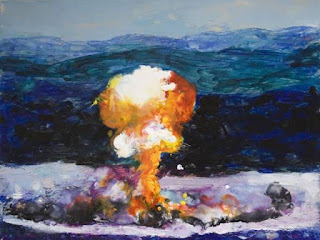 Something I learned about the Menier Gallery during this visit is that it supports the charity Paintings in Hospitals, which as the name suggests provides artworks for patients to enjoy. This philanthropic system is brilliant and, again, ensures that all are given access to contemporary art, despite adversities. 'Force of Nature' uses the universal subject matter of nature to show how global issues encompass our environments, both social and natural. The material packs far more impact than I was anticipating; as I result I am eager to witness what is to come in the mixed media sphere of depicting the natural world.