Alex Ito is a New York-based contemporary artist, whose first UK solo exhibition is currently on at Rod Barton, SE15. 'Tales From a Sardine Run' is introduced to the viewer with a short extract of prose detailing the freedom of schools of fish: "How wonderful it must be, to be so free, as a fish in the sea". This provides the exhibition with a great deal of context in assessing the works, especially as the press release later cites that the artist wishes to explore "corporately produced affects of success and well-being" which, in today's capitalist society, we can all relate to and appreciate.

The gallery has a suitable volume of space for Ito's work, which range from a taxidermy rabbit to UV digital prints. The latter is the first media represented in the exhibition; we notice instantaneously that there is an overwhelming lack of humanity in the print, despite a woman's foot being depicted. Presenting fashion as a dialectical tool, the artist highlights not only how we make judgments based on physical appearance, which is of course complicated to dispute in visual art, but also how we have been programmed to determine the wealth or success of a person in this way. Each of the several UV digital prints within 'Tales From a Sardine Run' hold a commercial brand logo, including EA, which is often linked with the corrupt nature of the sports industry. 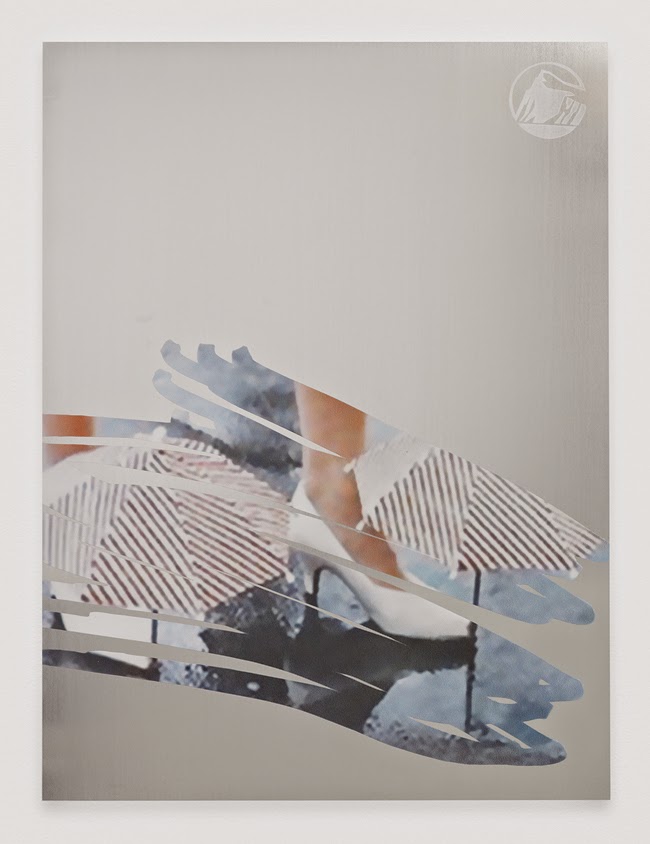 'Umbrella Shoes (this may be my last)' by Alex Ito
Image courtesy of www.rodbarton.com

Much of the exhibition's potent message is expressed in the form of visual simplicity. Two ink prints, both named 'Untitled (Black Bag)', seem to be representative of how we can be perceived as having the 'wrong' appearance in society. Despite conveying no human personality, the prints, which are evidently illustrative of large-scale bin bags, bluntly display how one may feel or even be discriminated against based on their appearance. Being displayed alongside works such as 'Umbrella Shoes' and 'Wendy Peffercorn (and other untold fantasies)', which I will address shortly, effectively highlights the real contrast between perceived notions of beauty and a subsequently strong 'Other'.

It is not solely digital prints forming this body of work; slogans made using vinyl have been pasted along the bottom of three of the gallery's wall spaces, providing further communication between artist and viewer. My personal favourite is the combination of : 'Deals!' and 'Steals!', which have been created separately but function together to provide yet another contrast between false commercial promises and reality. The "artificial intimacy" which Rod Barton promises their audience is certainly prevalent throughout the viewer's experience of Ito's work and evokes a peculiar sensation of both universal inclusion and alienation, through devices used primarily in marketing.

Diversifying even further from said prints is 'Endless Sadness (valued fours)', which is a 5 x 7 x 4 inch taxidermy rabbit which stands alone as a sculptural piece. Interestingly, in Shamanic ideals, the rabbit is a symbol for paradox, which is recurrent in this exhibition. This allows the viewer to examine the binary effect between life and death, with 'death' as a concept representing the pseudo-reality of what we see through today's media. 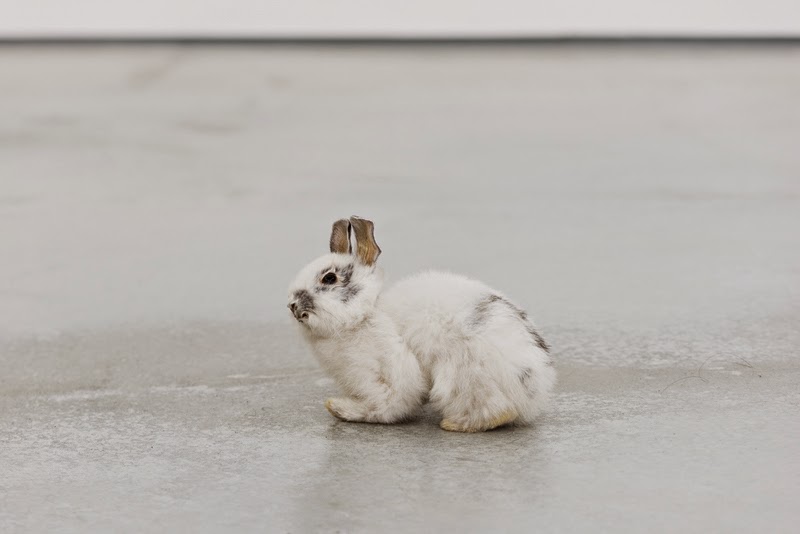 The image of the beautiful yet generic and anonymous woman is one that is, and has been, circulated as a means of advertisement for many years. However, the woman portrayed in 'Wendy Peffercorn (and other untold fantasies)' is not that which its title suggests. Peffercorn is a fictional character from 1993 film, The Sandlot, who is the object of the protagonist's desires. The inconsistency between the image title and the visual truth depicts the vast differences aforementioned; with a feminist stance, we can comfortably relate this back to depiction and objectification of women in advertising and other visual means, opposed to what is healthy and natural. For his first solo exhibition in the UK, Alex Ito has assembled an impassioned body of mixed-media work which has only been enhanced by the clever curation at Rod Barton.