NB: AND/OR has re-located from Hoxton to nearby Hackney.

As far as my writing for this blog is concerned, I have not fully embraced sound art as a medium as much as I would like. So with this I was very pleased to see the latest exhibition at AND/OR, E2, where artist Mat Jenner has compiled a site-specific collection of soundtracks on vinyl. Visitors are invited to choose from the many artists who have produced tracks for the exhibition and play each vinyl themselves with the provided turntables. According to the press release, there are over a hundred vinyls to select from, with an accompanying book, and consequently it might take an individual two full days to hear each of the sound pieces.

AND/OR says that "Foam explores the condition of the contemporary art object and its relationship to spectatorship, dissemination, presence and display", and while the tracks all vary greatly, each artist relies on the individuality of the listener to relate to certain sounds, tones and combinations of such in order to evoke personal responses to his or her work. During the respectable amount of time I spent in the gallery, I managed to listen to four vinyls in their entirety, so am already considering another visit before the exhibition closes at the beginning of August. The space itself felt wholly immersive, especially as I was able to enjoy the sound art without interruption or external noise. A glass ceiling, white walls and several mirrors in the space allow real opportunity for contemplation and reaction to the sound art. 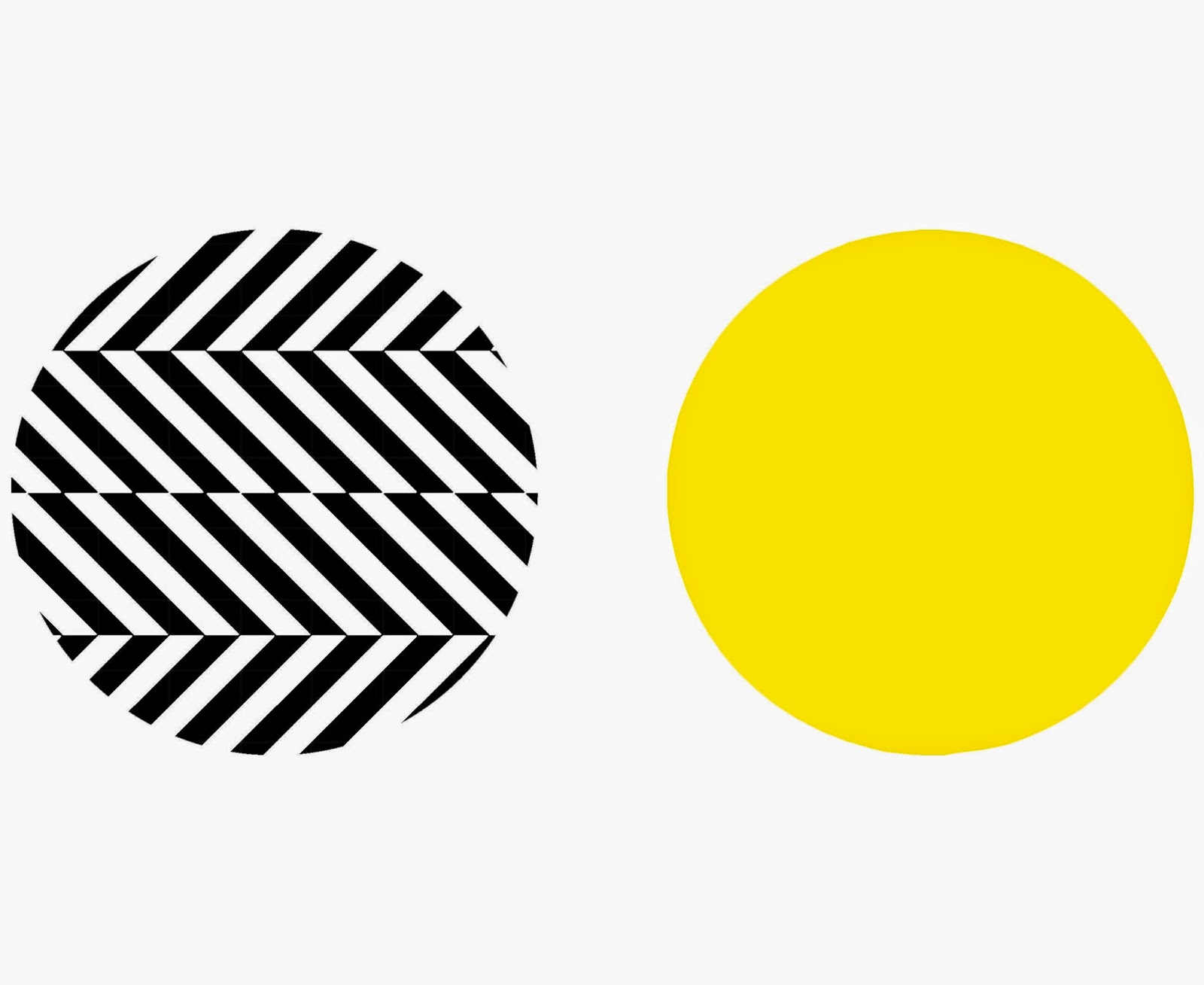 Promotional material for 'Foam' exhibition at AND/OR
Image courtesy of www.artrabbit.com

First was the randomly selected vinyl 'She's Motionless and the Room Revolves' by Piotr Lakomy and Filip Kaniecki. Seated on the bench at the front of the gallery, the viewer is invited to focus on nothing but the atmosphere created by the sounds and how that translates to ourselves and our immediate environment. You will not be able to access any of the tracks from 'Foam' anywhere other than where it is being exhibited, including online, again reinforcing the importance of the unique physicality of the space and our 'spectatorship'.

'She's Motionless and the Room Revolves' begins with a continuous, predictably monotonous metronome, which sets the foundation for a hypnotic piece of music and interestingly both focuses and averts the listener's attention. This is then followed by repetition of what is seemingly a dance track, very much in the style of trance music artist, Pictureplane. Lakomy and Kaniecki's piece uses a snippet of this particular genre of music in order to evoke some nostalgic memories from the youth of its listeners, which in turn provides a nice paradox to the peace of the four walls of the gallery space. Within the blank, white room, the listener is forced to consider what each second of music means to them. A sporadic drum beat breaks up the dance repetition, which will force some gallery visitors to be reminded of the paradox of the repetitive nature of daily life and the chaos which manages to ensue within it.

After hearing 'She's Motionless and the Room Revolves' in full, I selected Larry Achiampong's vinyl, entitled 'PHO3NIX RISING'. I am aware of the artist's recent touring exhibition, 'Biters', which he formed with fellow artist David Blandy. Knowing that his last project was based strongly on values in music, I was certainly intrigued to hear his contribution to 'Foam'. As soon as the track began to play, Achiampong's passion for exploring pop culture and subsequent musical trends was evident. For the 'Biters' project, Achiampong and Blandy had an aim to "investigate what identity might mean in the post-colonial and post-mass media age", according to details from 198 Contemporary Arts, who housed their exhibition and performance in May this year. Rather fittingly, next remixed into the artist's track were classical music snippets along with archival soundbites of what appeared to be an extremely well-spoken newsreader. Hearing the contrast between the contemporary, computerised beats and the classical music makes the listener realise that, although diversity and melting pot societies are largely celebrated, they can leave the individual feeling lost and out of place. The ultimate irony is that the stereotypical classifications are wrong and artificial to begin with, (what a typical 'white' person should be like, how a typical 'black' person should possess certain mannerisms etc.) and the fact that many of us can now no longer fit in them has created something of an identity crisis, yet has the potential to evolve into autonomy and freedom. 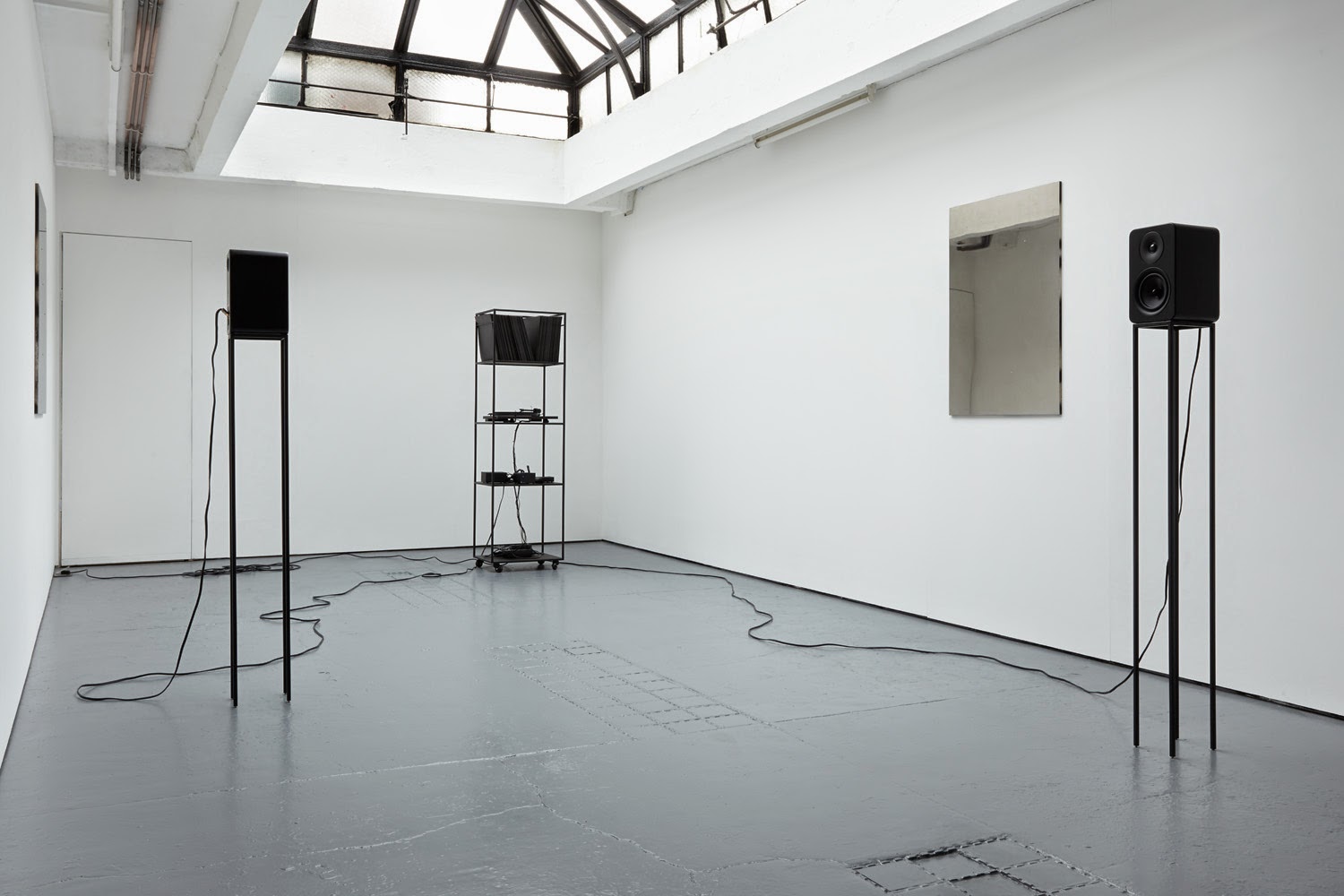 Exhibition view of 'Foam' at AND/OR
Image courtesy of www.creativeandorcultural.com

The key theme of 'spectatorship' is certainly essential in understanding and appreciating as much of 'Foam' as you have time for. 'PHO3NIX RISING', for instance, sets up a real energetic, joyful atmosphere, placing a strong emphasis on how the artist's music makes you feel within the moment you hear it. Although I found it advantageous to be alone in the gallery, as I could select any vinyl I desired, it would also have been a nice addition to my subjective ideas if I had been able to observe those of other visitors. Newsreaders speaking of the world's injustices are overwhelmed with a conflicting, sporadic range of mixed rhythms and drum beats, conveying the excess of information that is given to Western consumers, to the extent that increasingly shocking imagery must now be used as a plea for awareness.

While I also listened to Stuart Bannister's 'Phonographic Performance', which evidently uses music technology in order to create a space between the listener and the track as the sounds get eerily further and further away, the final piece I will discuss is Rebecca Lennon's 'Hollywood Park', an artist whose work I saw at the ASC Gallery earlier in the year, written about here. Taking into account the site-specific nature of 'Foam', in that the track will be heard only in AND/OR, the use of a park in Burnley as a focal point for a piece immediately alienates the typical London-based listener. In response to this, Lennon speaks of "a moment choreographed just for you" in this spoken-word track, in which she references the confinement of the traditional gallery space at great length, most intriguingly so when she refers to keeping her listeners/viewers "captive". Lennon's work is powerful in that she speaks frankly about the way in which we can share our memories, such as hers about Hollywood Park, and interpret them to mean something to us.

That premise, and hope, is exactly what 'Foam' is striving towards. The immersive element of the exhibition, providing visitors with nothing but their own (literal and metaphorical) reflection, with art directly from each respective artist, brings generally both pleasing and potent results. I have high hopes for my pending second visit, which is certainly required in order to explore and assess 'Foam' as wholly as possible.