Gasworks, SE11, is a gallery that has interested me for a while now, yet for one reason or another I have not managed to visit an exhibition there until this weekend. The work compiled for its latest exhibition presents the familiarity of a white cube setting combined with the complex narrative of many of the works on display. Having done a lot of reading around 'new' feminist art criticism, I was immediately drawn to Marianne Wex's photographic series, 'Let's Take Back Our Space: "Female" and "Male" Body Language as a Result of Patriarchal Structures', which is a collection of social photography from the mid-to-late-seventies. Before addressing Wex's work, it is important to add some context as to what the exhibition is hoping to achieve.

'Dependency' continues the year-long strategy of the gallery to exhibit art based on the theories of German sociologist, Norbert Elias, placing emphasis on binding "the micro and macro realms of social life". As such, at Gasworks we find four well-established artists expressing sociopolitical views through their various media choices. Upon entering the space, it appears that Melanie Gilligan's four video pieces dominate the room, in that they are displayed on large screens with great clarity, but also that they stunt the movement of the viewer and thus demand our attention. Presenting "the traumas of contemporary capitalism", Gilligan uses multiple scenarios and digital manipulation techniques to convey her ideas. In one particular film, (each is called 'Exchange / Abstraction') the viewer is bombarded with imagery at a violently rapid pace, which instantly reminds us of hypnotism, as the visuals of egg-timers, clocks and traffic are clearly reminiscent of the reality of urban, metropolis lifestyles. 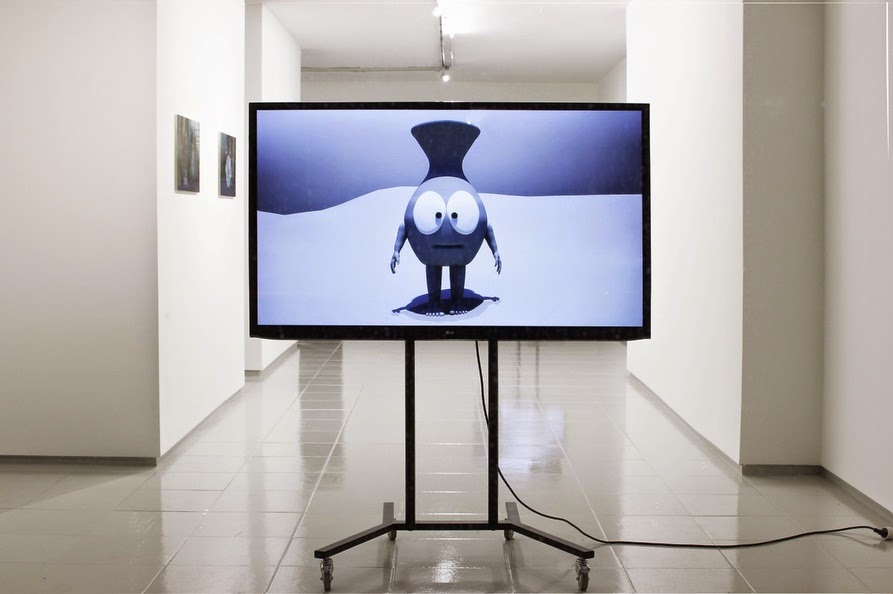 Still from one of the 'Exchange/Abstraction' films by Melanie Gilligan
Image courtesy of www.maxmayer.net

As I briefly touched upon earlier in the post, Marianne Wex's series looking at patriarchal structures of body language is both enlightening and exquisitely presented. The exhibition press release informs us that the photographic evidence was taken on the streets of Hamburg, which excites the viewer further in that we can believe the work to be candid and authentic. In the twenty-first century, where women are (slowly) edging closer to the utopia of equality, it seems absurd that something as simple as physical stances could discriminate based on gender. However, while Wex's work is very much a social study, the indoctrinating aspects of the media are something that can rarely be avoided when compiling such a collection. In what I found to be one of the most interesting segments of 'Let's Take Back Our Space...', pictured below, we see the gender divide in marketing. While the forcibly glamorous, overtly jovial woman appears to represent domestic, innocent bliss, the role of the man falls on a James Dean model, an active bad-boy. 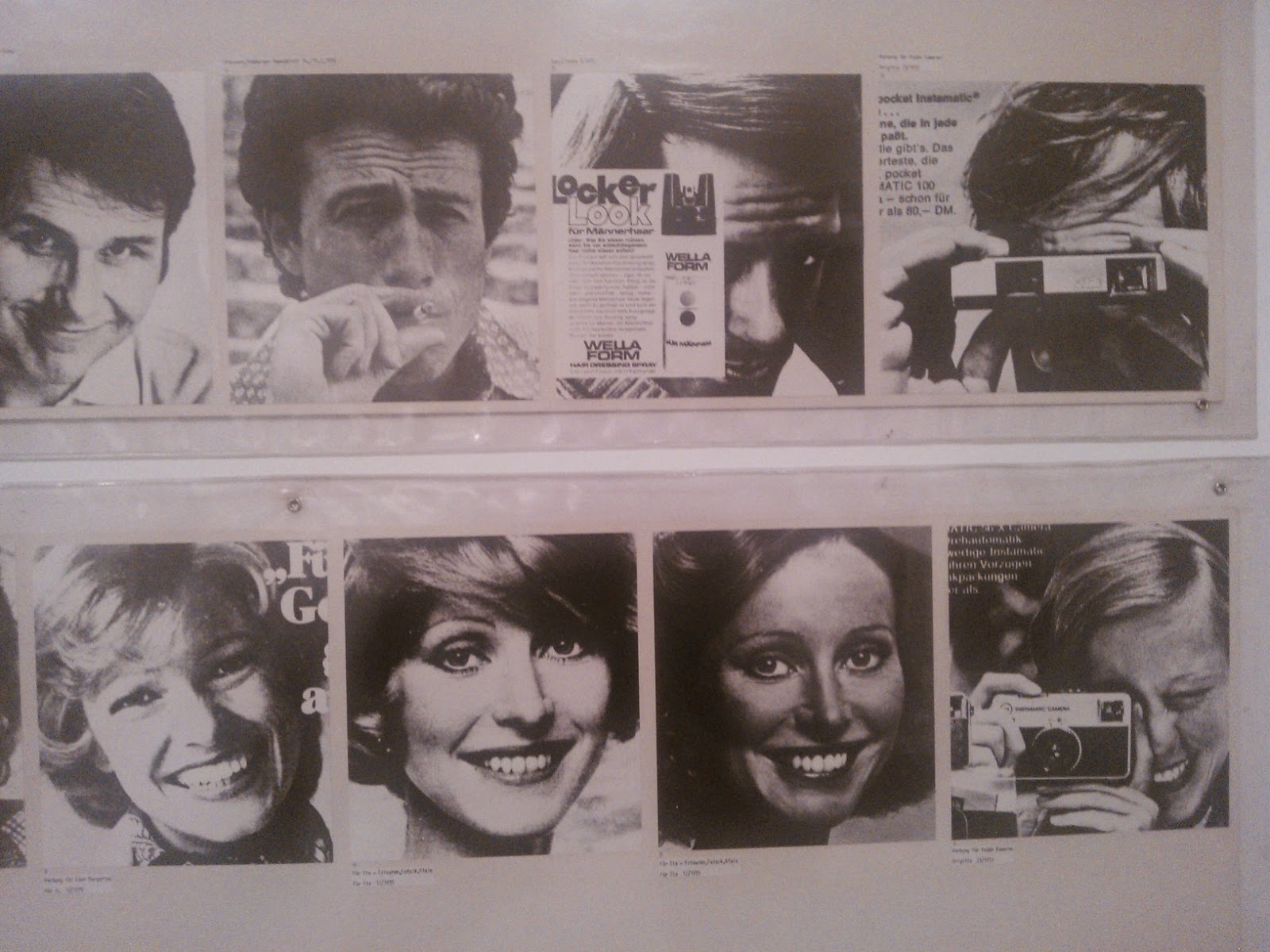 Part of the photographic series 'Let's Take Back Our Space...' by Marianne Wex
Photograph taken by Let's Make Lots of Monet

Although Wex's work is a study of only forty years ago, we can consider advertisements today to bring this to something of a contemporary context, particularly those pitching fragrances. Inevitably, marketing can only present the exterior of the fragrance bottle, however they leap from this into territory which becomes almost entirely irrelevant to the product itself. For some brands, this can be done in an artistic and avant-garde way, but more times than not, hyper-sexualised culture moves transpires into these scenarios, and they become nothing more than a soft-core 'narrative'. If we look again at the image above, it shows how the dominant, insatiable man and the pleasant, mild woman form a combination which frustratingly defies feminist endeavours.

So, in the work I have addressed so far, it is a sound statement to declare that 'Dependency' serves the 'micro and macro realms of life' claim which it makes. A small but equally valid part of the exhibition comes in the form of an untitled piece by Patricia L Boyd, which depicts the alternative medicinal therapy of Cupping. It is used to help improve blood circulation and promote healing, however it is often used nowadays as part of a cosmetic regime in order to enhance youthful looks. While in the cosmetic sense, this is usually practiced by women, it is an ironic after-thought to see that the marks left by the suction forms something of a phallic symbol in the photograph. This forces us to consider whether it is in fact the patriarchal system which makes women think that they are unacceptable.

There are some strong, thought-provoking pieces which make up 'Dependency', however it is the way in which the artists are linked in ways which are not obvious and require secondary thought in order to link them to the wider desire for autonomy and self-empowerment, which is what the exhibition seems to be promoting. As far as feminism is covered, I am sure that I am not the first viewer of 'Dependency' to be pleased with how the issue is addressed in support of eradicating gender roles, as opposed to highlighting solely the female struggle.