The Outsiders Gallery: Chloe Early 'Suspended' (until 3rd May 2014)

With the gallery citing her as "a leader of the new contemporary painting movement", it seems unwise to overlook this collection of work by London-based artist, Chloe Early, currently showing at the Outsiders Gallery, W1. Apparently in the process of reviving representational painting, Early's oil paintings exude life, yet also highlight lost opportunity, regret and cyclical motion. The vivacious use of paint seems to allude an extension beyond the canvas, emphasising the act of falling as the motif in 'Suspended'.

Although the gallery is split into two rooms, with an additional space for video display, the themes of the exhibition remain consistent from start to finish. 'Something Shiny Slips Away', pictured below, conveys the aforementioned sense of loss and how we are not as in control of our ultimate plight as we would like to dream. Each image displayed at the Outsiders Gallery at the moment sees Early combining the representational techniques she is now famed for with a beautiful, poignant decorative value which places emphasis on her chosen medium, as we see her use of paint destructively, yet somehow neatly, drip down the canvas. This marriage of artistic strategies not only makes Early's work distinctive, but it also enforces questioning as to the message of the painting. 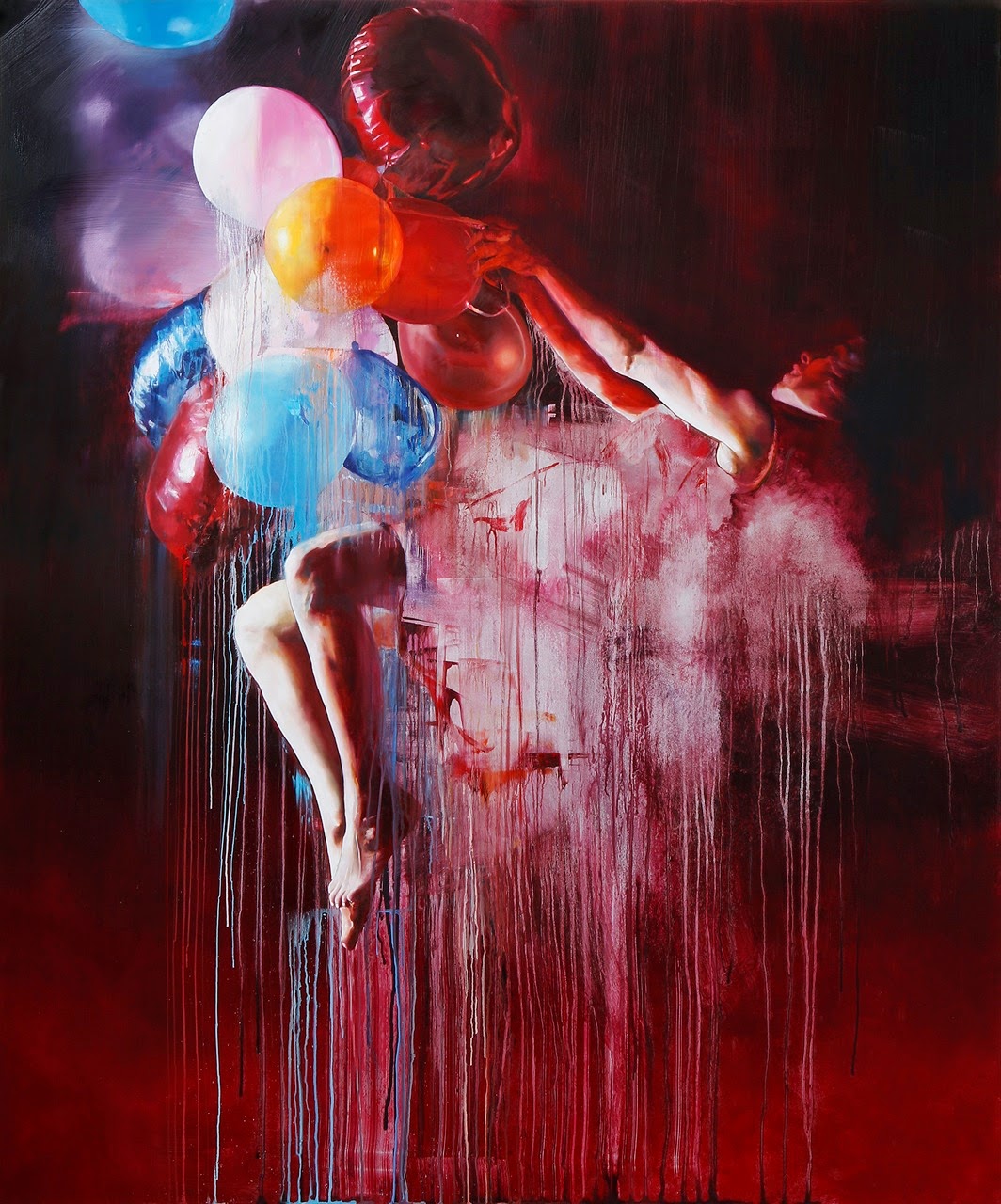 'Something Shiny Slips Away' by Chloe Early
Image courtesy of www.arrestedmotion.com

The artist's statement of wanting to "transcend all the background noise and elevate my figures out of the mundane" is clear in these paintings, as it is almost as if time has frozen around her characters and momentum is created with the expression created by specific colour fusions. 'Something Shiny Slips Away' is an image of archetypal femininity with an added sense of losing one's innocence, as the female figure loses grip of the balloons, a clear symbolism of childhood and simplicity. Excitingly, the press release states that Early has been inspired by Gian Lorenzo Bernini's iconic eighteenth century sculpture 'The Ecstasy of Saint Theresa', which is a powerful piece of art documenting raw, sacred human emotion. Another of Early's paintings, 'Interceptor', replaces any material culture with nature. The distance between mankind and nature is a theme that is often ignored in contemporary art, but when this is not so, the connection, or lack thereof, is usually addressed politically. 'Interceptor' as a title is ambiguous as the gaze of the female figure is on the owl in the painting, yet it is possible that the artist is implying that humans are intercepting the natural world. 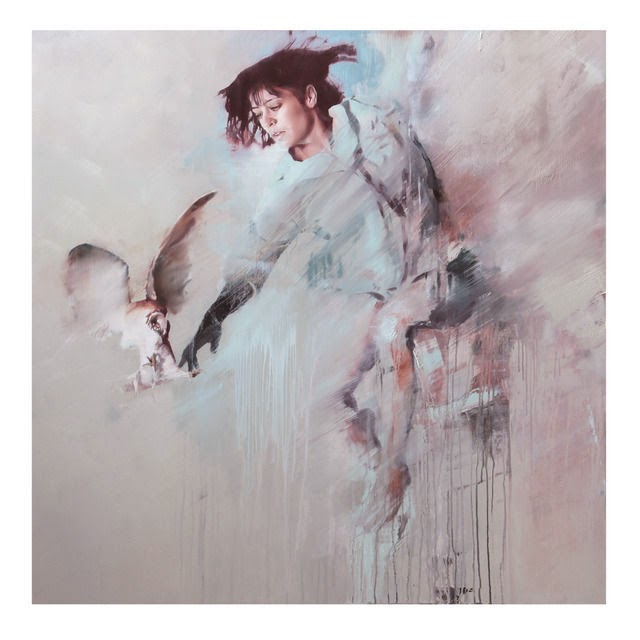 In an atmospheric cave-like setting, The Outsiders Gallery's viewing audience is  treated to the exhibition's accompanying video, by Early herself and fellow Londoner, film maker Andrew Telling. The short clip, with the same title as the exhibition, brings action to the paintings that the viewer has been immersed in so far. Interestingly, the film seems to sum up the thoughts of what the viewer has deciphered from Early's paintings. Sitting comfortably in the viewing space, the sequence of colour changes gives the association of certain colours with moods. Although this may seem like a primary use of colour, Early and Telling have examined "the spirit of ecstasy, both spiritual and otherwise" by introducing the viewer to a close-up of various  swirling paints. This sequence begins with white, placing emphasis on purity and freshness, much like the beginning of an experience, even of life. Gradually, the film builds with the subsequent motion of adding red paint to the white, with the potential symbolism of puberty and passion, again touching on the loss of innocence that we have found in Early's other paintings. The eventual addition of both pink and blue paint suggests the impact that other humans (pink representing flesh?) and nature (blue depicting water) have on our lives, forming the murky hybrid colour that is our lives.

One aspect of Early's work which has the viewer gripped in the entirety of the exhibition is the idea that there is little to no context concerning why each of the painting's protagonists is falling/suspended. Ceasing time on a canvas allows the viewer to not only create a story for each painting, but the addition of subsequent unique features, such as the owl in 'Interceptor', allows for a wider, interdisciplinary understanding.