For this incredibly short stint at Lewisham Arthouse, SE14, local artist Christopher Oliver is displaying five years' worth of his artwork which explores mysticism and power in nature, science and religion. While this seems a largely intense theme of subject matter, Oliver marries decorative impact ("gold is the preferred colour") with the grandeur of the artist's salient values.

Oliver's press release is a good starting point for the viewer to immerse his/herself in the Arthouse gallery space. He explains: "there is no preferred medium", and this is clear in his work, as there is little consistency in his use of media, allowing diversity and maneuver in his elaborate and profound subject choices. With this, it is intriguing to find popular culture references in his 'Les Mystères Obliques de Nos Propres Efforts', which includes the faces of fairly famous female figures including Rashida Jones and Marion Cotillard, which seems to place emphasis on the false idolisation in celebrity culture. Beyond a mere portrait-style photograph of the chosen celebrity, the artist has used mixed media to "create something beautiful for its own sake", although the intent glares of some of the images including Rashida Jones, pictured below, lure the audience into taking each aspect of Oliver's art-making into consideration, including personal impact. 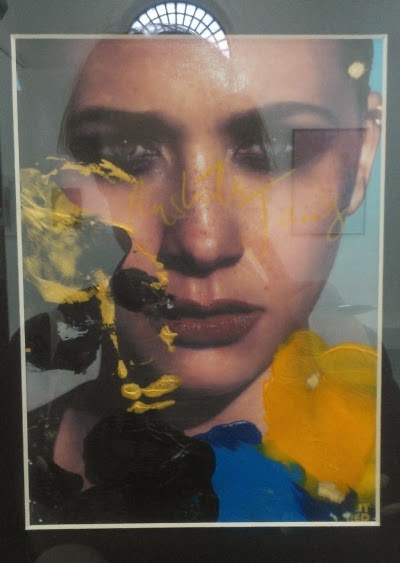 The religious connotations in this body of work are poignant and often sinister, which is a sound reflection on contemporary attitudes towards some of the religious laws which remain rooted in many cultures. 'Nazareth (YHWH)' is both literally and figuratively dark, with the gold features that Oliver holds dear in his practice. Despite the sacred nature of the image, there is a certain street art/graffiti feeling to the piece, which is somewhat confirmed by the knowledge that the oil pastel has been used on a cupboard door as opposed to a traditional canvas, in addition to the fact that the artist lives and works in South East London. The link between the street and the most profound form of prayerful thought ('YHWH' is the holiest title for God in the Jewish faith, spelt as such so that pronunciation is not simple) is rather chilling, as the script appears to be etched painstakingly, perhaps violently, into the "canvas" in addition to the binary, represented pictorially with the black and gold, emphasising life and death, luxury and nothingness.

Aesthetic value has real pride of place in Oliver's work, and pieces such as 'Everest', pictured below, are truly beautiful. The artist presents the Taj Mahal with a rainbow overlay and a half-crescent moon rotated, implying a connection with the Muslim faith and subsequently highlighting the melting pot of religions in India, a nation boasting a large volume of followers of Christianity, Buddhism and Sikhism, to name but three. The composition of the image encompasses the viewer and prompts thinking of one's own identity and their place in the world, both geographically and spiritually. 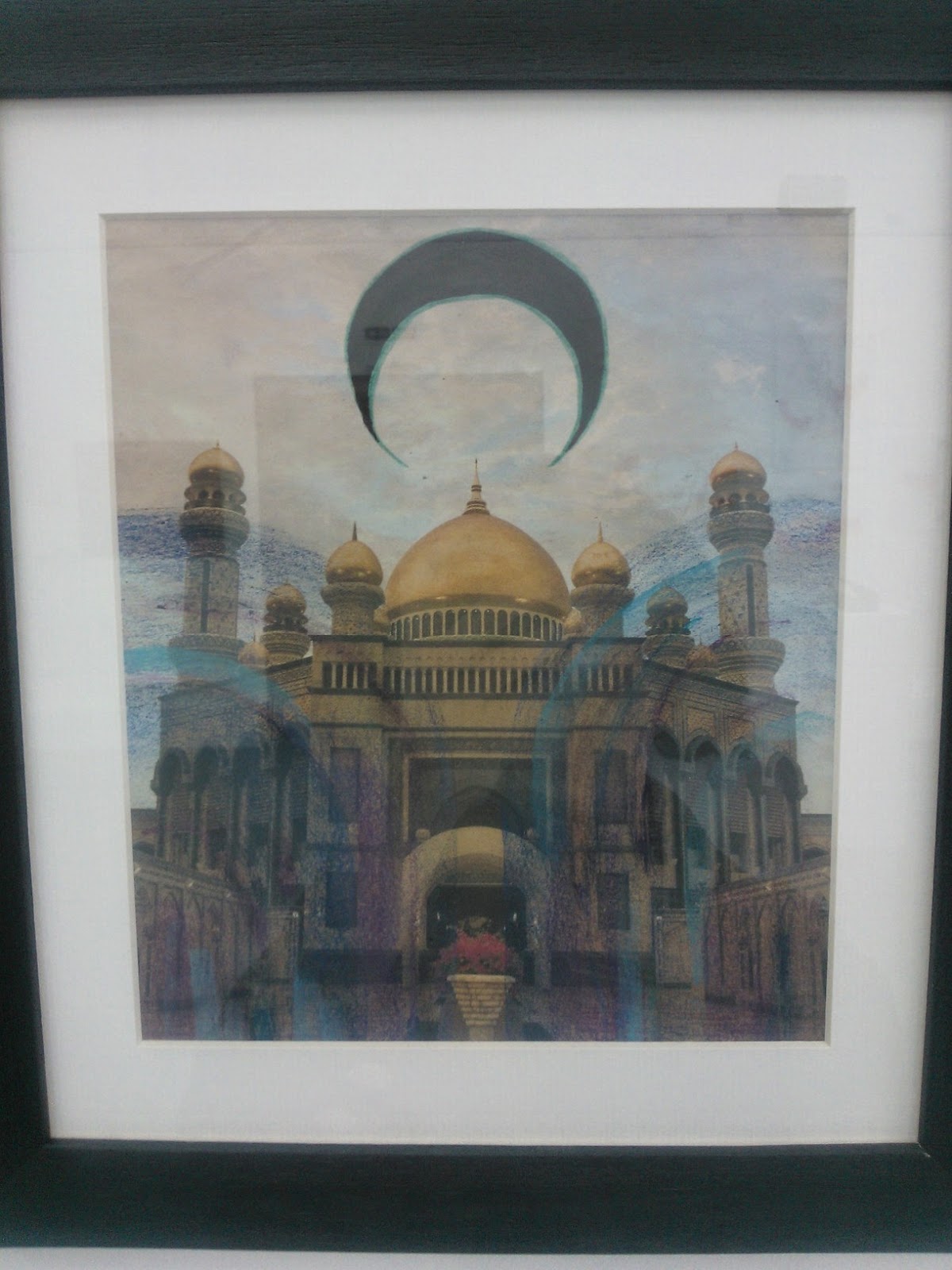 As for the acrylic with the exhibition's namesake, a seemingly simple canvas sees the artist using geometric techniques to communicate the sensation and risks that come with faith, made visual with the implementation of an optical illusion. It cannot be said that Oliver's work is uninspiring, as each piece provides personal space for the viewer to consider their own situation and, importantly for the likes of community art practice, (which I should mention, Oliver is not affiliated with, to my knowledge) their own artistic experiences. 'The Mysterious Function of Belief' (image, not exhibition) resembles the abstract expressionism and colour impact of years gone by and also resonates with the age-old phrase "seeing is believing", which is especially prevalent as the acrylic appears to be a block painting with two boldly outlined boxes; Oliver's pencil geometry marks are only visible upon closer inspection. Overall the exhibition is a menagerie of media experiments which the artist has formed to accentuate the contextual ideas behind his imagery. As a fairly unknown artist, I would sincerely recommend heading down to Lewisham Arthouse to witness Oliver's quietly immersive work first-hand.