Despite its central Shoreditch location, mere seconds away from Rivington Place, the Cock N Bull Gallery, EC2A, is interestingly hidden beneath the Tramshed restaurant, which is in itself a visual and atmospheric spectacle. So beneath the buzzing eatery, we have the gallery which is currently exhibiting a curatorial body called STITCH, who strive to communicate works from emerging but fairly unknown artists. This is always an exciting prospect for lovers of art who wish to view something outside of the art institution. The work presented is varied and diverse, but includes themes which are both fresh and relatable, as is expected with young talent.

First I will address Fiona Osborne's photographic series, 'Guest', which looks at the familiar theme of public/private issues. The artist's use of a naked model provides the viewer with an expected dose of tension. This is not solely to do with the naked form, as we have become fairly desensitised to such a thing. Instead it is the lack of facial exposure which is rather haunting, as we feel that, in her naked state, the subject is submissive and vulnerable, as Osborne has removed the gaze. The choice of model in itself is telling of what the artist may be trying to convey, as her pale white skin and fair blonde hair, with breasts revealed, gives a vision of idealised purity and beauty, which for me makes the removal of any communication between viewer and subject increasingly sinister. The 'Guest' series all evoke similar feelings, with another featuring a woman in a more overtly sexual pose, with heavy blue curtains drawn in the background, giving a definite sensation of private space, thus again making the viewer uncomfortable and surplus to the frame. 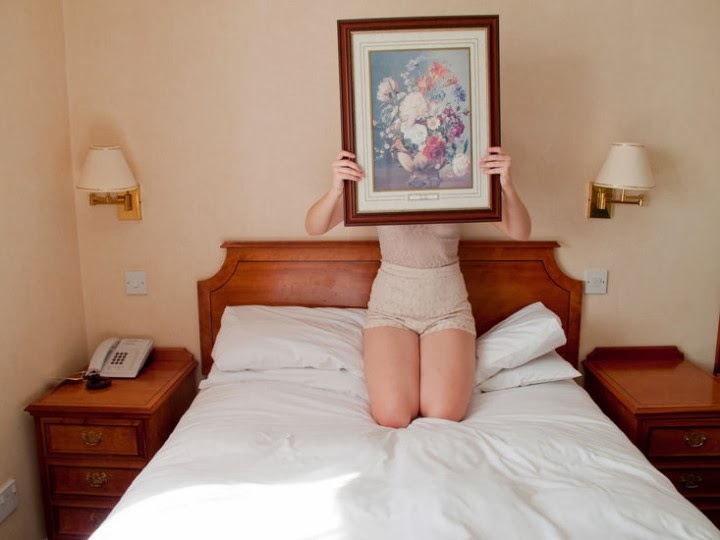 Next I will briefly touch upon the work of Tina Cheng, whose work is exhibited first chronologically in the exhibition. Her pieces have a distinct element of fun and novelty, including 'Cactus Dressing', where a live cactus has its spikes covered with socks, which seems to me to be mocking the way that humans seem to think that we have control, or dominance, over nature, despite its capacity to kill thousands of people every year. The piece of Cheng's work that I found to be the most enlightening is 'Upset Down', which appears to be attempting to visualise emotion, which is a regular aim in contemporary art. However, the way in which the artist has combined a sterile background with a chaotic message and movement within the image is oddly engaging, and it forces the viewer to consider how their own emotions affect them. 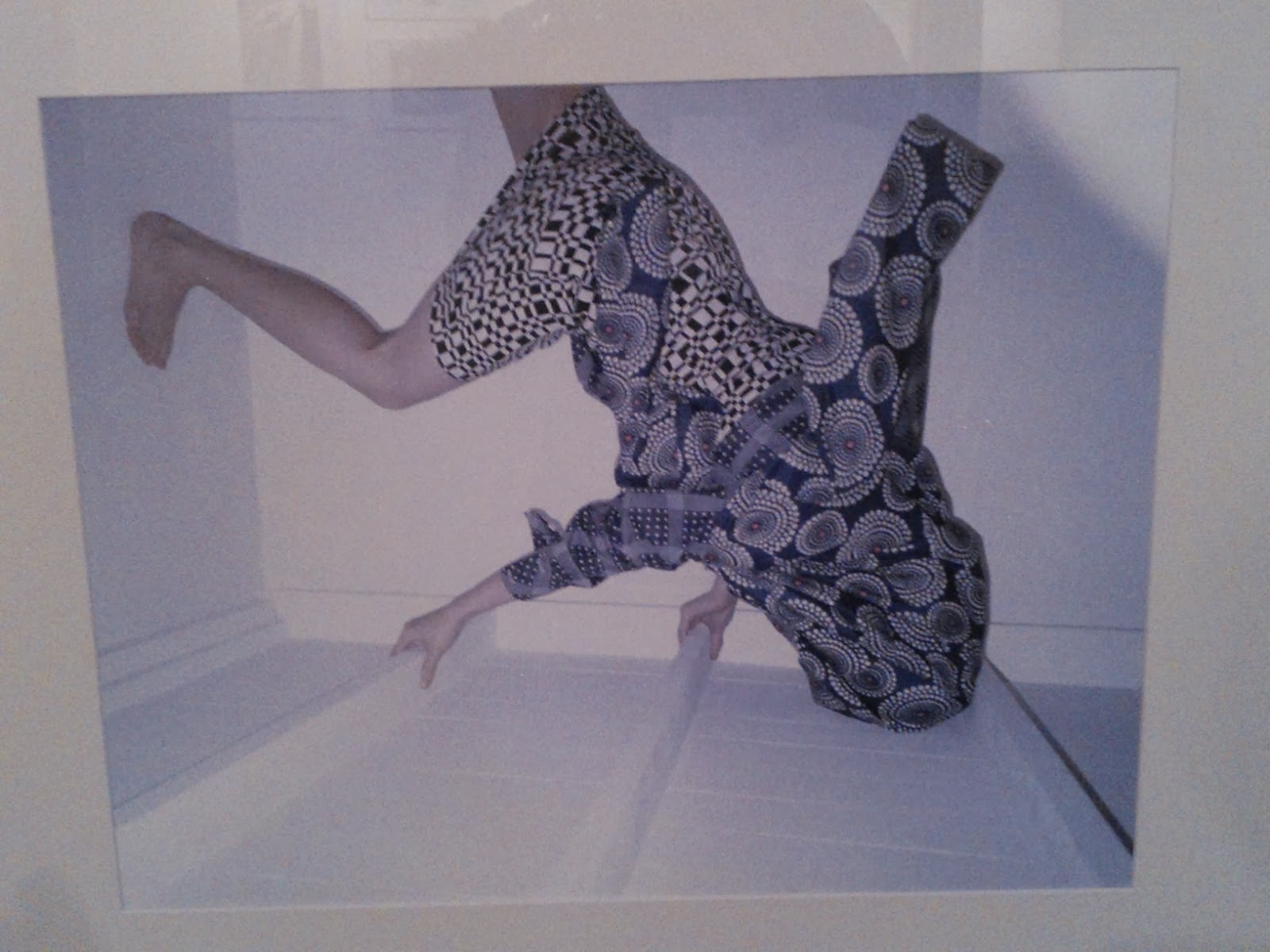 Further experimental works of art come from Silva+Cemin, a Brazilian art duo who have received promotion and praise from the likes of Dazed and Confused (having looked at their back-catalogue, this is not surprising). Their photographic piece, 'Tights with Hands Inside' exudes the fresh ideas typical of up and coming artists, that perhaps more renowned artists are too stabilised by the art world to experiment with. The simplicity of some of Silva+Cemin's photographs will not impress every viewer, but there is no denying the life and energy that the duo present in their work. This particular image reminds us that there is movement and power in every part of our body, which allows us to function and perform as an entity. 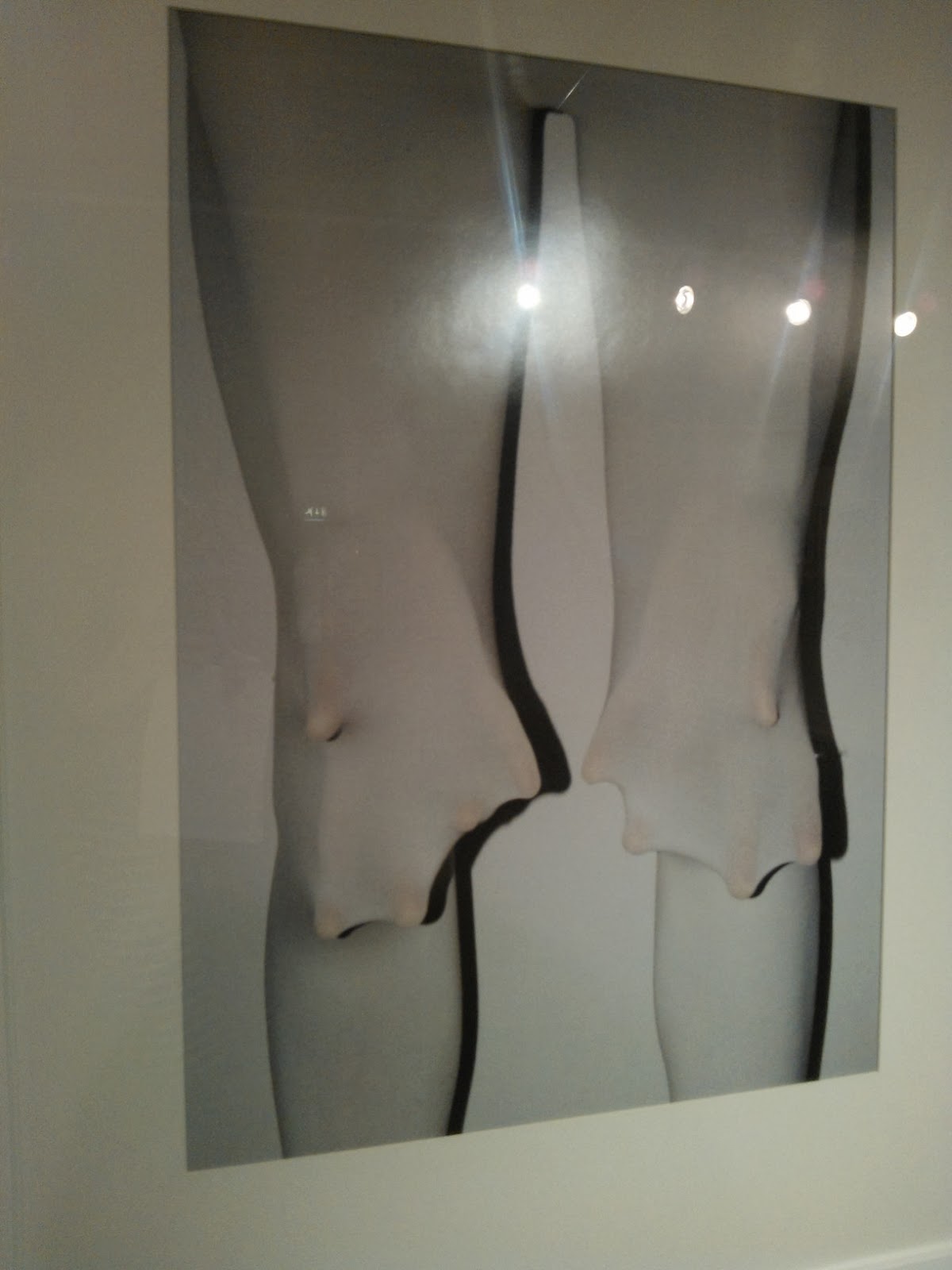 The piece that I, without a doubt, spent the most time regarding was Catherine Scrivener's 'I Hope You Blink Before I Do'. A collection of small photographs in regular picture frames are scattered in an erratic order upon the wall. Something that the viewer notices almost immediately is that the artist is portraying a life within limits but, much like Silva+Cemin, full of energy and continuous movement. Much like a standard photo album, Scrivener has assembled snapshots of moments of interest. However with no protagonist or central figure, the viewer is left feeling that they could fit their own lives into the piece. As I mentioned about the continuous movement, the photographs have been taken in media res, so we are immersed in the action, which is why 'I Hope You Blink Before I Do' demands so much of the viewer's attention. There is a certain feeling of hindsight, as the photographs are all of young people, and most of the images seem like a blur, as they are so full with this aforementioned movement. Highlights include two men in glamorous drag queen attire, posing for the camera and two men among ruins, one naked, both facing away from the camera. An out-of-focus chandelier can be found at the head of the collection while there is an image of spreading roots of a tree at the foot, showing the eventual diminuendo of life. While this is a poignant message, Scrivener does not allow the entire piece to be weighed down by the potential for emotional and retrospective significance or melancholy, as the piece as a whole wants to make the viewer joyous and consider what the world has to offer.