As part of the Tate Modern's artist rooms and displays, curator Helen Sainsbury presents a collection of some of the twentieth century's most prevalent minimalist artists. Concerning this artistic movement, interestingly many such works have divided viewers and art lovers alike. Angles on some of the pieces' complexity and context have varied, yet to many the talent of the artist is clear, as their ideas shine beyond the canvas.

The first piece of the collection is Frank Stella's 'Six Mile Bottom'. As an artist who certainly divides opinion, it is a successful curatorial decision to include Stella, not only for his status as a pioneering minimalist artist, but also embracing his renowned domestic method of art-making. His use of the brush that is otherwise widely used for home decorating has undoubtedly inspired others, perhaps unlikely artists. In addition to this, the fact that he is so against abstract interpretations of his work sets him somewhat apart from the majority of contemporary artists. Stella has said that he wants his viewers to 'see the whole idea without any confusion' and so with his large scale work and the consistent design of 'Six Mile Bottom' he has presented a whole idea to the viewer, and wants nothing more than the viewer to see his vision in its entirety.

As a vital epoch in the timeline of art, it is vital that the museum has included various media and Hans Haacke's 'Condensation Cube' is an exciting addition to the collection, showing the diversity within the movement. Formed of perspex, steel and water, the idea to Haacke's sculpture is to show the process of condensation in motion, thus expressing the microcosm of life. The symbol of water is always one of organic freshness, and the metaphor of the condensation/water cycle shows the cyclical nature of life, while suggesting that his own artwork is like water in that it is fresh and new.

Larry Bell's 'Untitled' series from 1964 is also included in the exhibition. Having visited pieces of Bell's work being currently exhibited at the Bermondsey White Cube, ending this week, I was somewhat disappointed by the artist's current offerings in a series entitled 'Mirage Collage and the Light Knots', as despite aesthetically attractive details, the collection descends into repetition. However his earlier pieces being shown as part of 'Minimalism' show how the artist used the industrial methods and materials that are almost distinctive to him while embracing light and space, thus using natural and spatial resources to show varied shapes and colour. 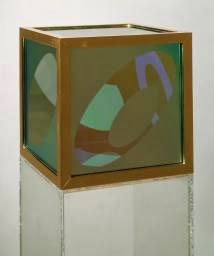 Something that diverts from the rest of the collection yet is inherently minimalist is Gerhard Richter's 'Grey'. The citation boasts that the artist valued the 'neutrality and inconspicuousness' of the colour grey, which plainly dominates the canvas. Working with the 'non-statement' of the colour grey, that holds no connotation to any particular emotion or feeling, Richter follows the trend of Frank Stella, declaring that his work was not open to viewer interpretation. The colour grey is the totality of the piece. Cleverly, a room or two away from the 'Minimalism' collection is the screening of Derek Jarman's 'Blue', which certainly does not adhere to Richter and Stella's principle that what is laid out in the visuals is the concept in its whole. 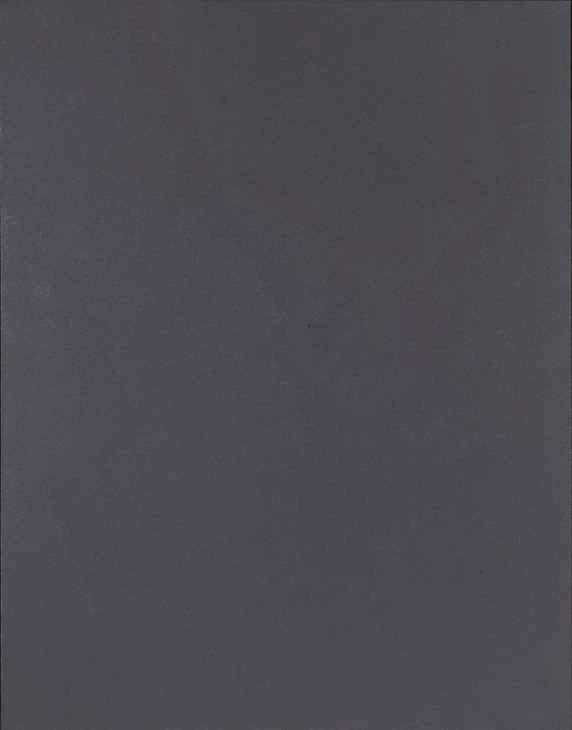 The current selection of artist rooms and displays at the Tate Modern is a thorough summary of some important themes in modern art. Clearly inspired somewhat by Tate Britain's Walk Through British Art but categorising thematically as opposed to chronologically,  these rooms (paying special attention to Minimalism) give a comprehensive overview of popular movements that have contributed to and inspired the work of contemporary artists.