Though constantly evolving, my personal interests in art are currently swaying towards the kinetic sphere. So with this, I wandered to the Siobhan Davies Dance Studio, SE1, where I hoped to explore something new, perhaps in the form of performance art. I was aware that the current exhibition, 'Rambles With Nature', is not choreography-based, but as the location is so specific in its specialty, I was interested to see how they could handle diversity in subject matter for an exhibition.

Following this, I must say that the exhibition space is strange and does feel like it is impinging on the space of the dance studios. However, the actual pieces, all video and sound, are intriguing and exude a certain feeling of escapism, particularly as they are being exhibited with a South London backdrop. If the individual viewer is able to overlook the way in which the pieces are presented, that is clearly secondary to the main focus of the building, the content is pleasing. The first encounter in 'Rambles With Nature' is 'Fur and Feather'. It is probably important to point out at this stage that the works have been produced by Sheila Ghelani, an artist whose work diversifies between various kinetic forms, including performance and installation. Ghelani worked with 'straybird', a collective of artists who run workshops based on dialogue to form the exhibition. With this in mind, the nature (pun intended) of 'Rambles With Nature' seems to take a better shape.

Now 'Fur and Feather' provides us with some biographical details about Eliza Brightwen, who was a British naturalist from the nineteenth century. As the viewer is seated on a wooden bench in front of a small screen surrounded by a synthetic hedge, we are able to be almost consumed by the information given to us, which is delivered by a gentle female voice over memorial-like brass band music and moving images of birds. Again I will bring the location of Siobhan Davies Studios into the equation, as although the subject matter is consistently rural, values that are being expressed, such as appreciating nature without hierarchies, can be applied to daily urban life. In the capitalist reality that London finds itself a part of, it is important to retreat to simplicity and the exhibition somehow makes us acutely aware of this. 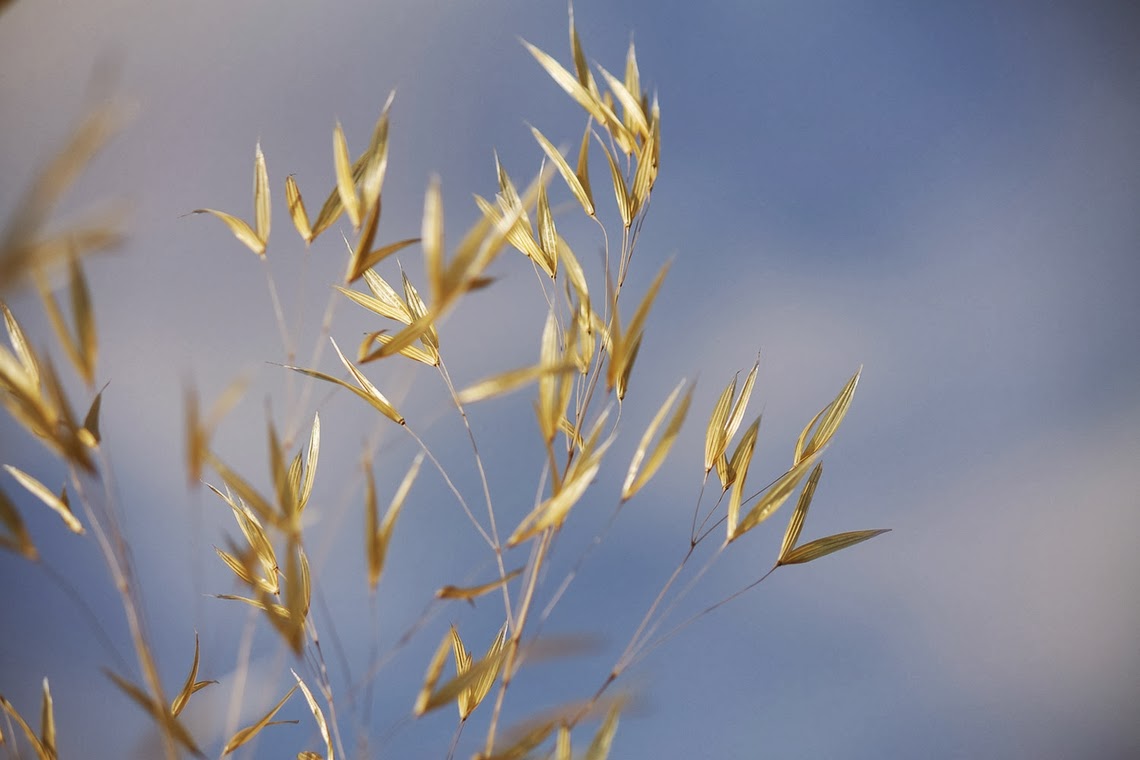 The exhibition's title is relevant not only in the way it conveys the calm of nature, but it additionally highlights the style of its curation, as it is a casual spiral around the building. Upon reaching the first floor, the viewer is presented with what I found to be perhaps the most inspiring video installation of the entire exhibition. It is entitled 'August' and is filled with both keywords and descriptions of things that are inherently summery and certainly remind us of the video's namesake. Avoiding the romanticising of summer, as is a common downfall of art based in these months, the narrative speaks of "tipping towards death", as the peak of the year turns to the final months. In a wider context, there is a momentary flash of plain blue, which strongly resembles Derek Jarman's poignant video installation, 'Blue', which is too both mournful and celebratory at once. There are symbols that convey a tinge of sadness, dampening the haze of the summer.

On the same floor, Sheila Ghelani and 'straybird' extend their theme with 'On Considering the (English) Hedge', addressing how nature can arouse a sense of nationalism amongst British people. However while appreciating the beauty of nature, the issue of ownership of the land is raised, leading the viewer to question the public/private stance regarding nature and how legitimate this is. There are also ideas on the maintenance of nature, in the sense of both its upkeep and destruction. In an age where everything is commoditised, can nature be truly communal? If so are we all responsible for its conservation? Finally, describing the rural fields as the "patchworking of England" reinforces the idea that nature is able to truly unite us, as it is timeless and has the quality of being both personal and passive to us all.

As the viewer makes their way eventually to the second floor, the exhibition culminates in one final video screen, again almost covered by synthetic hedge, which is recurrent in every piece. Personally I found 'Goldfinch Feast' to be a fantastic way to conclude the exhibition, as the screen shows black and white footage of experiences of fear and awe regarding nature. You might want to argue that this produces an inconclusive finale to 'Rambles With Nature', however with something as (physically and conceptually) open as nature, this would be decisively impossible.