Oxo Bargehouse: Republic of the Moon (until 2nd February 2014)

Correction: (18/02/14) Katie Paterson's Earth-Moon-Earth project is indeed real and more can be found about this at http://www.katiepaterson.org/eme/  Apologies for any confusion.

As far as subjects of exhibitions go, the sciences are something that I tend to avoid, mainly as they have a habit of overwhelming me. However, I have become interested in the connection between art and science, and how one can help express the other. So with this I visited the Bargehouse Gallery, SE1, which is integrated within London's famous OXO Tower, with some apprehension, to see what their 'Republic of the Moon' exhibition would do for me.

The exhibition is divided into different rooms on several floors, each room representing a different artist's contribution to the theme of space exploration and the like. As I don't have the most impressing repertoire of scientific knowledge to offer, I will speak of the exhibition from the viewpoint of the humble amateur to astronomy and space.

Chronologically, the first artist to present is Liliane Lijn, with her 'Moonmeme' project. As an artist, Lijn has been acclaimed by such organisations as Tate and is currently in the shortlist to produce the Fourth Plinth on Trafalgar Square. Lijn has been described as a 'kinetic artist', and this is reflected in 'Moonmeme', where the artist embraces the feminine imagery that is associated with the moon. Her installation is a constant recording of the word 'SHE' overlapping the moving space image. The installation's citation states that Lijn wishes to pay 'homage to the feminine principle of transformation and renewal'. So interestingly, within an exhibition that is based on the great expanse of space, we are somehow brought back to daily, very human values. Evidently they are given a fresh perspective with this view, showing how the moon is often regarded as a feminine symbol, however the artist notes that the world 'he' is within 'she', emphasising the idyll of gender equality. The voices used for the repetitive 'SHE' over the installation are haunting and mesmerising, almost making the viewer forget the real meaning of the project and instead focusing on the voices that sound like wild women. 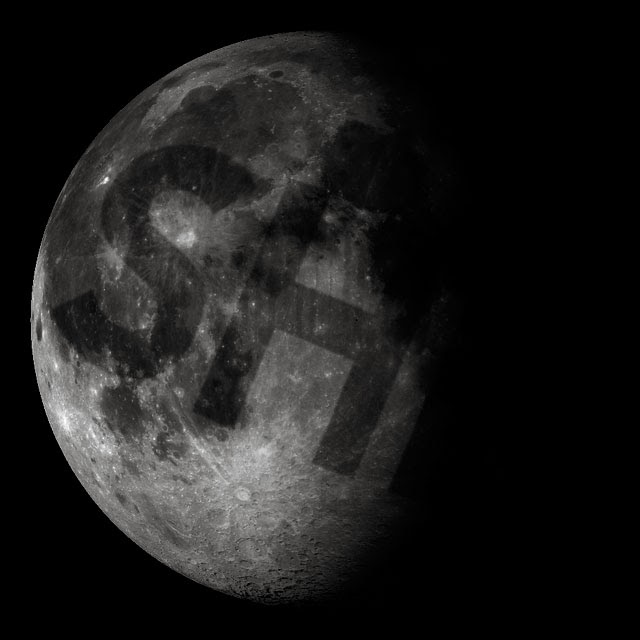 Still from 'Moonmeme' by Liliane Lijn
Image courtesy of www.lilianelijn.com

The next interesting segment comes from Berlin-based artist, Katie Paterson, whose project 'Earth-Moon-Earth' again combines arts and science beautifully, this time with an emphasis on music. Via a radio transmission, the majority of Paterson's project involved reflecting Beethoven's Moonlight Sonata to the moon's surface and back again to earth. How legitimate this is, I am not sure, but the artist's space culminates in a grand piano playing the audibly broken piece  music, altered by the moon's surface. By using a widely recognised tune, the artist has ensured that the listener can hear the clear difference between the original and the fragmented version. There are several pieces of radio transmission equipment displayed alongside the piano, documenting the progress of 'Earth-Moon-Earth', including a single empty glass box, followed by the citation: 'this object is currently orbiting the earth'.

Back to the artistic level that I am interested in, I found Leonid Tishkov's pieces to be not only visually stunning but poignantly powerful. As a Russian artist, we are now provided with a separate perspective on space, as something beyond a distant ideal, which has become a symbol of nationalism and a reflection of politics. Details on Tishkov's 'Private Moon' project states that 'the Sovet Union was the last on the Moon', and the artist entertains the idea that the moon plays the role of a utopia for anyone and everyone, largely suggesting a sense of escapism that is rife in the current capitalist state. The artist has had personal ties with the work of Greenpeace, and his art focuses on the earth's natural beauty in context of daily life. As seen in the image below, the moon has become a manufactured construction that the character in the photographs is transporting and placing in several locations. The omnipresence of the moon shows the artist's affinity with it, and how the moon is able to illuminate the beauty in the world. 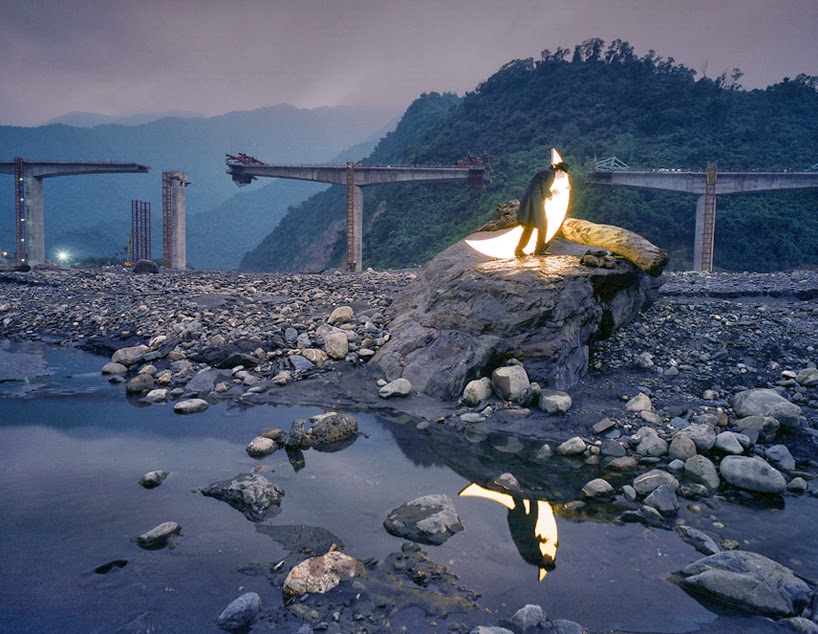 I feel that if I talk about the exhibition in any greater detail there will be significantly less to explore once you visit. As I have already expressed, this is a fantastic ensemble for anyone with a small interest in art but a larger one in astronomy and the sciences. The romantic physical location of the gallery makes this exhibition perfect for a group with various interests.