Agency Gallery: Karl Ohiri 'How To Mend A Broken Heart' (until 18th January 2014)

It is always interesting for a viewer when an exhibition sets out to target deep rooted emotions, especially those concerning a particular episode in the artist's life. Of the two exhibitions that the Agency Gallery, SE8, is currently showing, personally I found the work of Anglo-Nigerian artist, Karl Ohiri, to be the most engaging.

The title, 'How To Mend A Broken Heart', is a wise selection for a collection of personal mementos, as emotional distraught and the like is something that the viewer can relate to. As is usually the case, the press release adds new context that illuminates the photographs. To summarise, Ohiri's exhibition is based around the time up to his mother's divorce. The photographs appear to be from the 1970s era - and, as nostalgic photographs usually do, they appear to tell a hazy story of a bygone time, a better time in the subject matter's life. It is almost too easy to forget that such photographs are staged and capture the memories that the photographer chooses to remember.

It is with profound appreciation that the viewer regards Ohiri's collection, as each photograph is clearly a sentimental part of his identity. The immature, often incomprehensible vandalising of the majority of the pieces is the artist's way of conveying how his mother's divorce has affected him beyond anything he could depict in prose. This also suggests details of the divorce, that perhaps the husband has abandoned Ohiri's family, in a way that was senseless, thus intriguing the viewer as to the back story of the situation. Beyond the intrigue, the viewer feels tense that Ohiri's 'archival photographs', which are distinctly intimate and personal, have been made accessible to the public, further evoking the feel of chaos in the mindset of the artist. 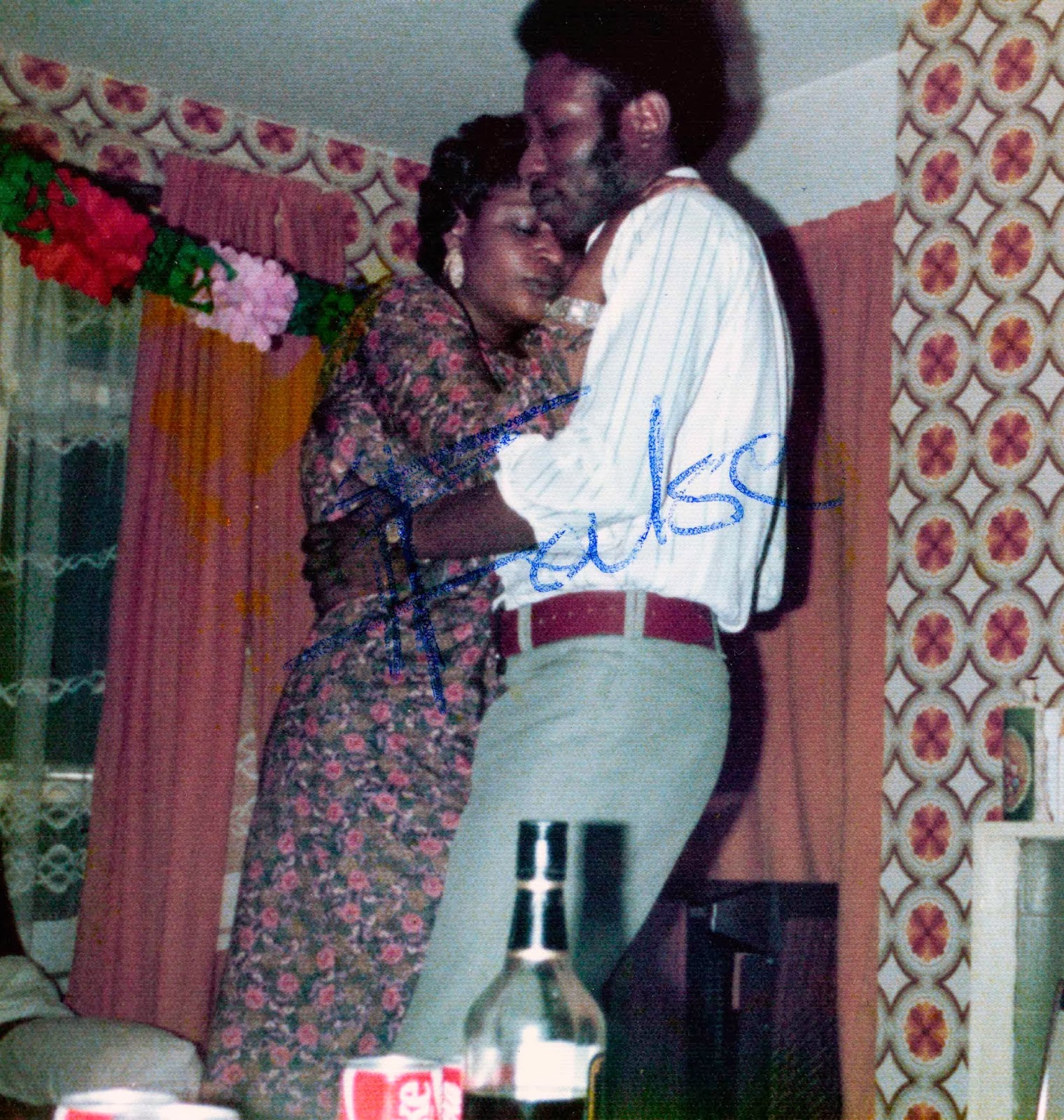 One of the photographs from Ohiri's 'How To Mend A Broken Heart'
Image courtesy of www.karlohiri.com

The photo above charts a personal moment of the couple's relationship, which interestingly appears neutral between happiness and sadness. Although intimate, this style of archival photograph is something that the majority of viewers will somewhat recognise from photo albums of their own. Considering the longevity of such an exhibition, in generations to come, future viewers will perhaps cherish such defacing as a more powerful statement, as with digital and disposable photographic methods, such snapshots will undoubtedly be rarer.The artist's scribble of 'False' over the image shows again his lack of comprehension of the situation, but also his refusal to understand. The word 'False' gives a certain feeling that in the mind of the artist, in the role of the son, this moment is being erased from his mind; the painful memories of the divorce override those of happiness such as this episode. 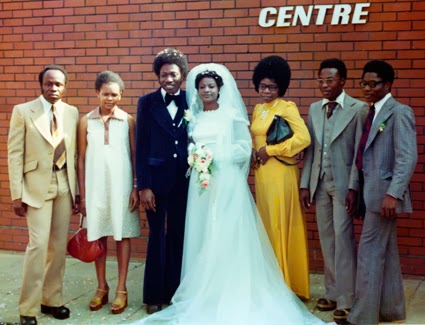 One of the photographs from Ohiri's 'How To Mend A Broken Heart'
Image courtesy of www.karlohiri.com

Within a family, a wedding photograph is always cherished and referred to constantly, even after the happy couple have deceased. To my interest, Ohiri has retained this particular photograph in its original condition, in fact it appears to have been digitally enhanced. There could be several reasons for this photograph maintaining its form from the day it was taken: the first that springs to mind is the dignity of the artist's mother. A wedding day for any woman is traditionally supposed to be the happiest day of her life, where she is the centre of attention and at her most beautiful. Despite the marriage ending, this could still be the case for Ohiri's mother, so defacing such a photograph would be deemed wholly disrespectful. This particular photograph has been curated differently to the others, as it is presented alone on a table alongside a vase holding flowers. It seems to be set out like a registry office, yet the artificial flowers seem to resemble the 'False' written on the photograph of the artist's mother and her husband dancing.

Returning to the title of the exhibition, it could be inferred that Ohiri is stating that there is no rational method of mending a broken heart, as his 'How To...' guide seems to have backfired and turned into a retreat into Ohiri's unmoving sentiment. Although brief, this exhibition is a personal insight into a trauma that we all have suffered in one form or another, and it is enlightening to see another perspective outside of the central relationship.