For a very brief stint at the Brick Lane Gallery, E1, China-born London artist, Aowen Jin, presents faces behind China's controversial factories. Using the alternative, modern medium of personalised mobile phones, Jin's aim is to bring individuals out of the shadow of their job and to show their humanity, in a bid to raise awareness.

Refreshingly, the artist's 'case studies' are modern girls, interested in technology, fashion and shopping. (Its title's reference to Made In Chelsea is interesting and illuminating; while of course the lifestyles of the factory workers are nowhere near the lavish excess of the Sloane residents, we are forced to reflect on the moral grey area that is the parallel.) However, the fact that typical young women have been featured in the project results in a slight loss of the gritty, hard-hitting core the exhibit could have had.

Another aspect I don't quite understand is the slightly inane poses that the director of the exhibit has her Factory Girls doing. They seem rather pointless, and for me certainly do not say enough about their 'dreams, ambitions and personality', an objective which Jin emphasises in her description.

Something I did enjoy about the exhibition is how fierce and sassy Jin's choice of women appear to be. If we were to think of young women working in a factory, the image that we would conjure up would not mirror the Made In China ladies. It's always interesting to see platforms giving women a voice. Given that there are Human Rights issues with the current system of factories in China, it adds further interest to the lives and hobbies of the featured women. It's always a humble experience when an artist allows the viewer to conclude that they are the same as those witnessing the exhibition.

While Made In China: Factory Girls does not provide the greatest volume of information and content, it does offer an insight into the lifestyle of women in a separate corner of the world. Personally I feel that China is always an interesting country to learn about, as although it holds the world's second largest economy, it is still tarnished with its tendency towards cheap labour, allowing countries such as our own to purchase affordable items. This is an insightful project drawing attention to a highly relevant global problem. 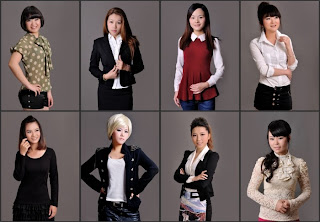